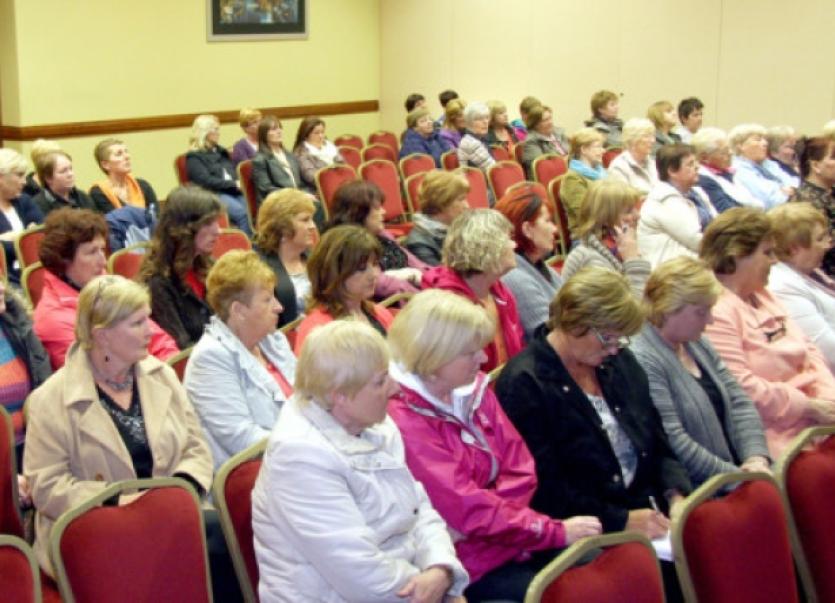 A CALL has been made on the government to restore home help hours, which have been cut significantly in recent months.

A CALL has been made on the government to restore home help hours, which have been cut significantly in recent months.

SIPTU’s Limerick District Council has called on the government to deliver on its commitment to restore the hours, which are critical for housebound elderly and vulnerable people.

SIPTU has been leading a campaign on this called ‘Time to Care’, while our sister newspaper the Limerick Leader has highlighted the problems a lack of home help support can have.

Home Helps are appointed by the HSE to help with household chores, childcare and cooking for people who are unable to do it themselves, or have other commitments, such as children with severe disabilities.

SIPTU district chairman Frank McDonnell said: “Following an intensive lobbying campaign by our union this government made a public commitment as part of the last budget to restore funding for home help services. Tánaiste Eamon Gilmore, Minister for Health James Reilly and Junior Minister Kathleen Lynch all committed to restore hours to the level they were at the beginning of 2012.”

He said that despite this, services have continued to be run down, with 200,000 hours of care cut in January and February this year, compared with the same period in 2012.

“Is it any wonder that people are cynical about politicians and their promises when you have a situation like this,” Mr McDonnell asked. “This is making life impossible for both clients and the workers themselves, some of whom have now been reduced to as little as two hours of work per week.”

“Limerick SIPTU members have got behind this campaign from the start and we won’t be found wanting now. We are calling on our two Cabinet Ministers, Michael Noonan and Jan O’Sullivan to ensure that the promise to restore services is immediately acted upon.”

Northside councillor Maurice Quinlivan expressed concerns over the privatisation of the home help scheme in some areas: “The wholesale privatisation of these services is now well underway while Labour ministers in government sit silently at the cabinet table and wash their hands of these disgraceful policies,” he said.