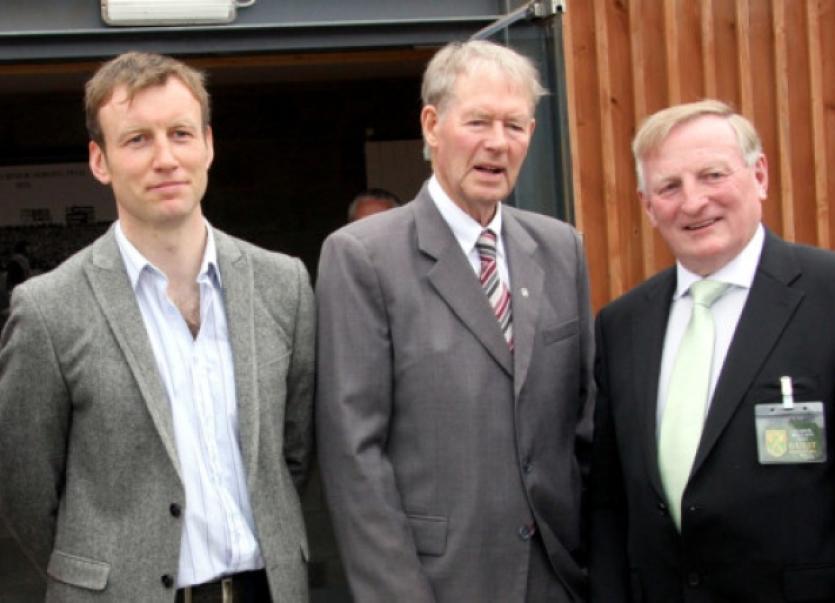 THE ditches are trimmed. The silverware is spotless. The place is, quite simply, fit for a king.

THE ditches are trimmed. The silverware is spotless. The place is, quite simply, fit for a king.

And then he arrives. No pomp or ceremony. Just a group of giddy children, standing a polite distance from his car.

“It’s a wonderful occasion, we are delighted to be down here tonight,” speaks the king after shuffling a few feet across the carpark of Staker Wallace GAA club to sign a few hurls.

A damaged metatarsal, picked up in battle, has left the Ballyhale Shamrocks clubman wearing a grey protective boot over his left foot.

“It’s not too bad – it’s coming on,” he remarks. “I was hoping to be out on the field in some way tonight but, unfortunately, it wasn’t to be.”

Henry Shefflin last played in Kilbreedy back in 2009. Then, it was just a plain old pitch, no bells and whistles, no razzmatazz.

Today, it’s a different story. And the king is well impressed.

“We all strive to have these kinds of facilities. My own club is a small club and we wouldn’t have facilities like this. This is here for years to come,” he says, nodding in the direction of the youngsters. “It’s great for the community.”

The reason Henry has made the trip with his wife Deirdre, despite the dodgy metatarsal and long trip in the car, is twofold, he explains. “The man behind you was enquiring about me,” he smiles. A quick 180 turn reveals JP McManus making his way over to greet the king. “I’d met JP on one or two occasions and he told me about this so when he asked, I was delighted to come down. And it’s great for the kids too.”

He’s right. It is. They are lapping it up. The free ice-cream cones are making it all the sweeter. From Templeglantine, Siobhan Sheehy, Elise Buckley, and Aoife, Noelle and Michelle Curtin all came, saw and conquered. They would go home shortly to ‘Glantine with the king’s name on their backs.

Out on the field of play, it’s Limerick, not the Cats, doing all the purring. And it’s a “lovely field of play” too according to legendary commentator Micheal O Muircheartaigh who has gone to extraordinary lengths to measure it.

It did take some patience and time – three attempts, in fact, before he finally recorded 90 yards in width by 154 yards in length. “I was doing fine until somebody said hello and then I’d lose track,” he smiled, adding: “I’ve seen the Eurovision held in worse places than where we are now.”

The contestants mightn’t agree. There’s the hooting of the Cork bound train in the distance to contend with but then they might find a use for the glitzy electronic scoreboard. And rumour has it, ‘the Haw-Eye’ is on its way to Kilbreedy too!

It’s far from the Hawk-Eye Tommy Cooke was reared.

Tommy who will be 99 in August, and is the oldest holder of a senior All-Ireland hurling medal, had been under the care of the Mid-Western Regional Hospital but was given the nod to make the trip out for the opening of Fr John Ryan Memorial Park.

“I saw three quarters of the game,” says the legend as he takes his seat beside his chauffeur for the night, Alic Hogan. “I was told to be back around nine o’clock,” he adds, the evening closing in.

And, by close of light, Tommy will be delighted to hear, Limerick had put out the Cats!