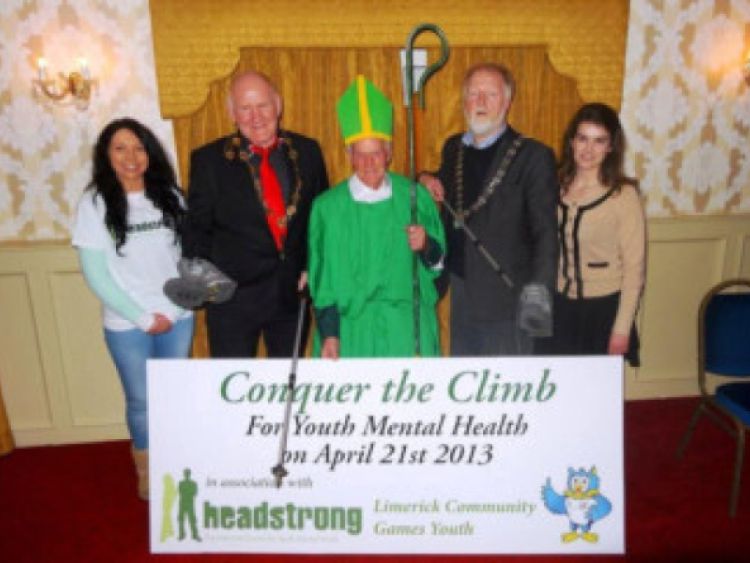 MORE than 100 young people from across County Limerick are preparing to take part in a charity climb at Croagh Patrick next month.

MORE than 100 young people from across County Limerick are preparing to take part in a charity climb at Croagh Patrick next month.

Members of the Limerick Youth Community Games (LYCG) committee along with family and friends are among those who will take part in the event which its hoped will raise awareness of issues surrounding youth mental health.

The climb which takes place on Sunday, April 21 will also be the biggest fundraising event ever undertaken by LYCG.

According to the organisers, 70% of the monies raised from the event will go to Headstrong, the National Centre for Youth Mental Health.

The remainder of the funds raised will go towards Limerick Youth Community Games.

Around 50 people have already signed up to take part in the sponsored climb but it’s hoped that the final figure will be more than double that amount.

“All young people have mountains to climb and we picked Croagh Patrick because when we climb with family and friends we find our path easier. It’s the same with mental health and we really like Headstrong’s vision where young people are connected to their community and have the resilience to face challenges to their mental health, said Sarah O’ Meara, Chairperson of Limerick Youth Community Games

Sponsorship cards and additional information about next month’s event can be obtained by contacting either Sarah O’Meara at 0851141609 or Bernie Liston at 0857362972.

LYCG is part of Community Games which is an independent voluntary sporting organisation.