Footpath in Limerick village would enable residents to live independently 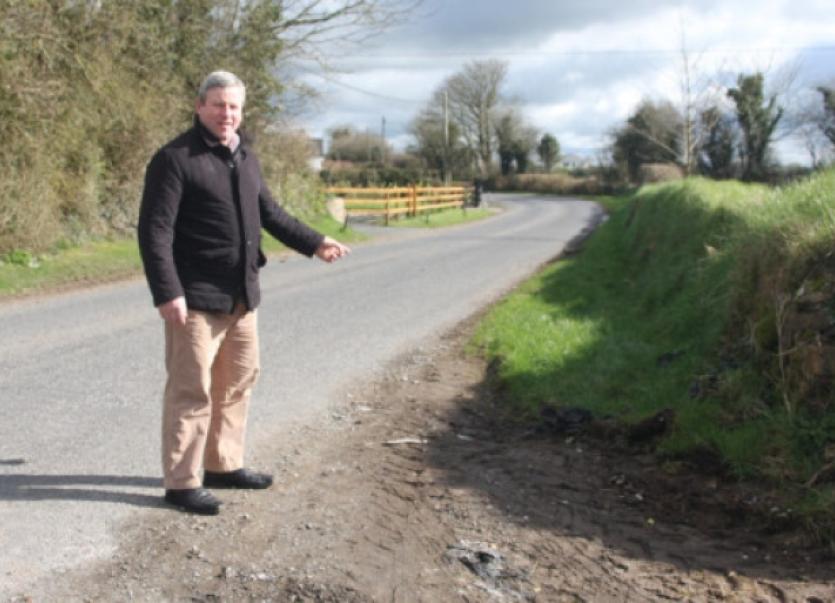 COUNCILLOR Mike Houlihan is calling for funding to be provided for a footpath which would enable residents of County Limerick residential facility to go about their business in an independent fashion.

COUNCILLOR Mike Houlihan is calling for funding to be provided for a footpath which would enable residents of County Limerick residential facility to go about their business in an independent fashion.

The Kilmallock-based county councillor said the circumstances are “exceptional” and called on Limerick County Council to “assist these residents in any way we can”.

From April 1 next, St Michael’s Residence, St Joseph’s Foundation in Ballyagran, will change from a respite centre to a residential facility providing full-time accommodation for six individuals.

The facility is run by St Joseph’s Foundation which aims to, where possible, encourage and facilitate residents to link with their local community for “social and recreational purposes”.

“Their interaction will involve going to the GAA pitch to a match, going to the shop for their messages – their bottle of milk and a sliced pan, going to Mass on a Saturday evening or Sunday morning which ever,” Cllr Houlihan explained at a Kilmallock local area meeting.

“Ballyagran has three public houses and there is often a night of cards and quizzes. In the interest of safety, for these people to make their way into the village, you do need a footpath and a couple of lights. I think it is our duty to provide something for these people,” he continued.

St Joseph’s Foundation - which has its headquarters in Charleville - provides services for people with disabilities and their families in the North Cork and South West Limerick catchment area.

The facility in Ballyagran is currently being used to provide respite care with 70 individuals availing of the service.

From April 1, the facility will be used as a full-time residential centre for six individuals with the respite service being transferred to a facility in Dromina, County Cork.

“That centre is going to be a six bedroom independent use facility, catering for six people with carers involved. They will be living in it 24 hours a day so it will effectively become their home to interact with the community,” Cllr Houlihan continued.

While he said he fully understood the restraints on funding as result of the current economic climate, Cllr Houlihan noted “I think you are looking at an exceptional case”.

Cllr Mike Donegan supported Cllr Houlihan’s endeavour and said there was an onus on the councillors to get the works costed to be in a position to apply for funding.

“We will try to assist them in any way we can,” he said.

Senior executive engineer, Gerry O’Connor, said that the area had been examined and noted the footpath that would be required would measure 400 metres.

The estimated cost, he said, excluding lighting would be €72,000.

Cllr Houlihan said it wasn’t “a shocking amount of money”.

“I actually thought it was going to be more. It is probably a once-off,” he said.