Limerickman’s remains to be repatriated from US 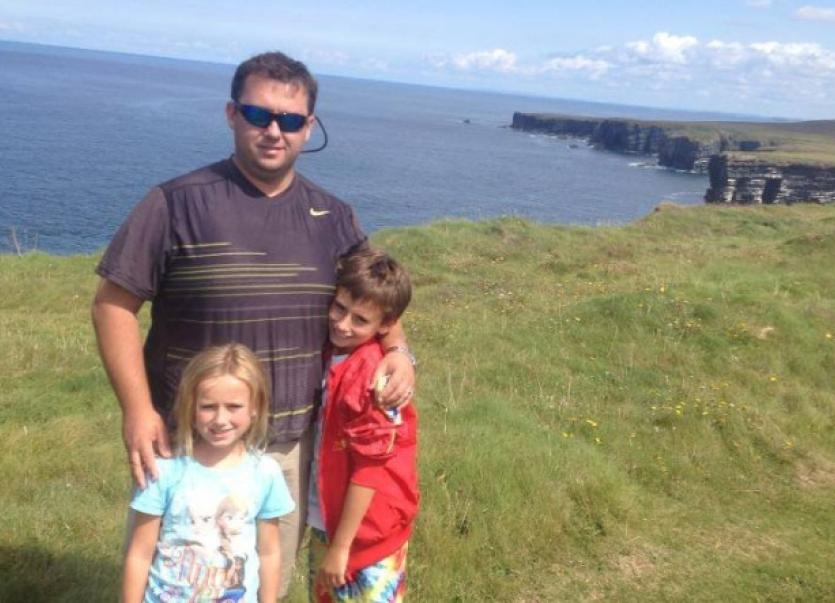 THE REMAINS of Limerickman Jason Corbett, who was killed in the US over a week ago, are expected to be flown home to Ireland in the coming hours, but his family still have another battle on their hands.

THE REMAINS of Limerickman Jason Corbett, who was killed in the US over a week ago, are expected to be flown home to Ireland in the coming hours, but his family still have another battle on their hands.

David Lynch, a brother in law of Jason, said they hoped the remains would be brought home on either a flight late this Tuesday night or early Wednesday morning, arriving into Dublin Airport via Delta Airlines.

An offer was made by the Kevin Bell Repatriation Trust to provide financial assistance for the cost of transit, and the trust’s co-founder Colin Bell has confirmed that the offer has been gratefully accepted by Mr Corbett’s family.

The trust was established by the parents of a young man from county Down who was killed in a hit-and-run in New York two years ago. It aims to help families whose loved ones have died in similarly tragic and unforeseen circumstances while abroad.

Meanwhile, family members and friends of the late Jason are continuing their campaign to bring his children home to Limerick to worldwide attention, even tweeting US President Barack Obama to Kim Kardashian.

Jason, who was originally from Janesboro in the city, was found dead at his home in Wallburg, North Carolina with fatal head injuries on Sunday, August 2, following what was reported as a ‘domestic disturbance’.

However, Jason’s children, who are Irish citizens, are now in custody of their stepmother, who is the chief suspect of the case. No arrests have been made to date.

The 39 year-old moved to the US four years ago with his young children Sara and Jack, following the tragic death of his first wife and “soulmate” Mags in 2006, who passed away due to an asthma attack.

He is due to be buried alongside her when his remains are brought home to Limerick.

Supporters of the family have mounted an online social media campaign aimed at influential Irish and American people in a bid to strengthen their case and draw greater publicity to the family’s plight.

Under the hashtag #BringJackSarahHome on Twitter, they are also promoting the online petition to help bring the children home.

More than 2,000 people have signed it to date, ahead of a custody hearing in the US this Friday to determine the fate of the children. A Facebook page in the same vein, Bring Jack and Sarah Home, has also received more than 10,000 ‘likes’ from the public.

“At the highest level the Government has to intervene here because, as we’ve all being pointing out, the two children are Irish passport holders, they’re Irish citizens.

“It’s incumbent on the State, on the Irish Government to take every and any means and measures available to it to protect two Irish citizens”.

“These children, unfortunately, I think are at risk,” he added.

Police in the US have said they are not looking for anyone else in connection with their inquiries, after a 911 call was made just after 3am on that date.

A grand jury will decide next month whether his second wife, Molly Martens Corbett, will be charged with murder.

Tracey and David Lynch, Jason’s sister and brother-in-law, were asked to be the children’s legal guardians, should anything happen to their father following the death of their biological mother.

Tracey and David are now in the US and are fighting to bring the children home to Ireland with them.

But it’s understood that they may face a lengthy and costly legal battle.

“We have grave concerns for the health and well-being of these children. There should be no custody hearing. We are fighting to bring two Irish citizens home,” he said.

Mr Lynch has also been critical of the Department of Foreign Affairs and the Irish Consulate, saying they have been left to fight this battle on their own and they have been updating the department, rather than vice versa.

Marian Fitzpatrick, the grandmother of the two children - Jack, 10, and Sarah, 8, said: “I don’t know what happened. It’s so hard not knowing anything and not being able to speak to the kids. All we ask is that people help us to get my grandkids home so that they can be loved and looked after.”

St Munchins Community Centre in Limerick is holding a coffee morning this Thursday, August 13, from 9.30am - 10.30am in support of the family.