Tragic Limerick toddler to be laid to rest 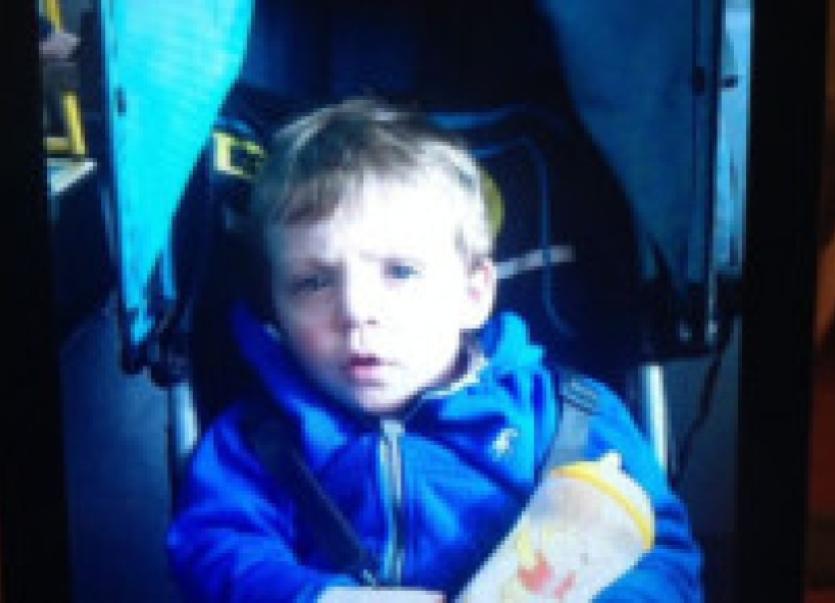 A TWO-year-old boy who tragically died in an apartment block on Parnell Street in Limerick city is to be laid to rest tomorrow.

A TWO-year-old boy who tragically died in an apartment block on Parnell Street in Limerick city is to be laid to rest tomorrow.

Toddler Robert Kelly, who was found unconscious in his home by his uncle Damien after going for a nap on Saturday afternoon, will be laid to rest beside his granduncle, the former councillor Michael, after a special Mass at Southill’s Holy Family Church tomorrow at 11am.

“He was a good lad. He was perfect. This should not have happened. I love my son, and there was nothing suspicious about what happened to him,” he said.

The child died from a viral infection, a post mortem confirmed yesterday.

Mr Kelly is a nephew of Southill man Anthony Kelly and former city councillor Michael Kelly, who died in 2004.

“No one could have saved him,” said Anthony Kelly yesterday. “We are all devastated, it was a viral infection that either travelled to his heart or his brain. He showed no symptoms, no one could have done anything for him. If you get it as an adult you can seemingly fight it but it’s worse if you are a small child.”

Robert Kelly had left his son in the care of his brother Damien while he attended a pre-arranged appointment at the University Hospital Limerick.

“I went to the hospital and they were happy out, watching telly and (Damien) was just minding the child as per usual. I got a phone call...Straight away I freaked,” Robert Kelly added.

The father said he had plans to raise his son in the countryside, as he felt the city “is no place to be rearing children”.

“But all them plans were put to a stop today,” he said.

He described his son as “a rogue”, saying: “He knew that if he wasn’t getting what he wanted he’d come over kissing you to rogue you around, to get biscuits up in the press or a packet of crisps.”

Mr Kelly, who has been the sole carer of his baby son for 16 months, described him as “a clever little child”.

“I was loving having him to myself. It was beautiful,” he added, saying he was trying to give his son the life he was not able to enjoy.

“I always told him - and I know he couldn’t really understand me - when I’d be lying down (in bed) next to him I’d say, ‘I’m gonna give you a good life and you’ll never be deprived. And, do you know what he would do, he would try and give me a kiss.”

He added: “As a local councillor and father myself, I would like to pass my sympathy onto the family. I hope the public would respect their privacy at the time.”