Charlie Hebdo magazine to go on sale in Limerick 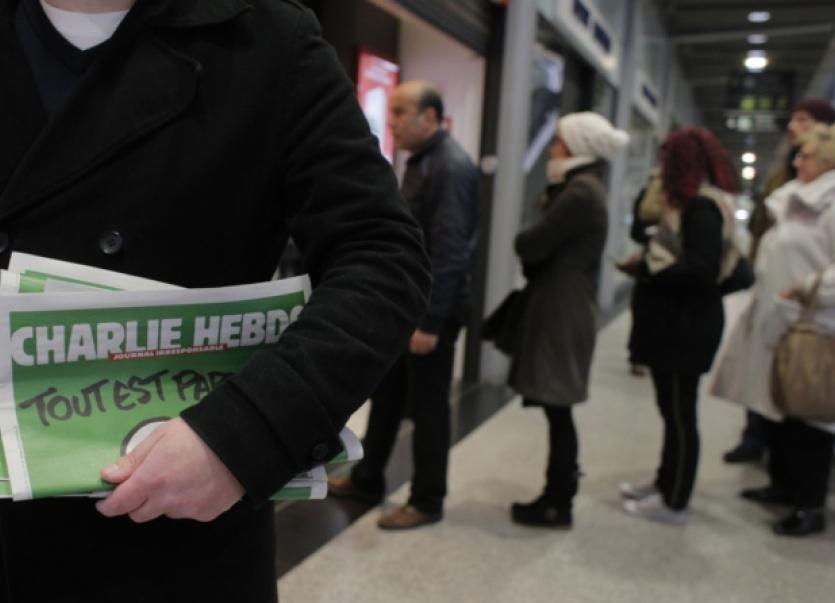 LIMITED copies of the ‘survivors’ issue’ of the French satirical magazine Charlie Hebdo will be for sale in Limerick this weekend.

LIMITED copies of the ‘survivors’ issue’ of the French satirical magazine Charlie Hebdo will be for sale in Limerick this weekend.

Frank O’Mahony of O’Mahony’s booksellers said they hope to receive up to 50 copies of the publication at their store in the University of Limerick tomorrow, while copies will also be made available in the city store on O’Connell Street on Saturday.

Mr O’Mahony said for the present time they will only be stocking the French language edition of the magazine - set to cost under €4 - but English versions are due to be made available after January 23.

He said he hopes to receive a greater supply of the English version demanding on demand at that time, and said he has no qualms in selling the controversial publication, which again has placed the Prophet Muhammad on its cover.

The latest edition shows Muhammad weeping, bearing a placard saying ‘Je suis Charlie’, with the headline ‘Tout est pardonne’ or ‘All is forgiven’, following the gravest terrorist attacks on France in half a century.

In a statement on Twitter, Eason’s said: “We just want to clarify that we have never stocked the French magazine Charlie Hebdo and have no plans to in the future”.

The planned print run of the first Charlie Hebdo magazine since last week’s deadly terrorist attack, which killed 12 staff members, has been increased to five million as many newsagents in France sold out of stocks within minutes of it going on sale.

Despite an initial planned print run of up to three million copies, including versions in six different languages, many people struggled to get hold of the first copies of a magazine that usually has a circulation of only 60,000.