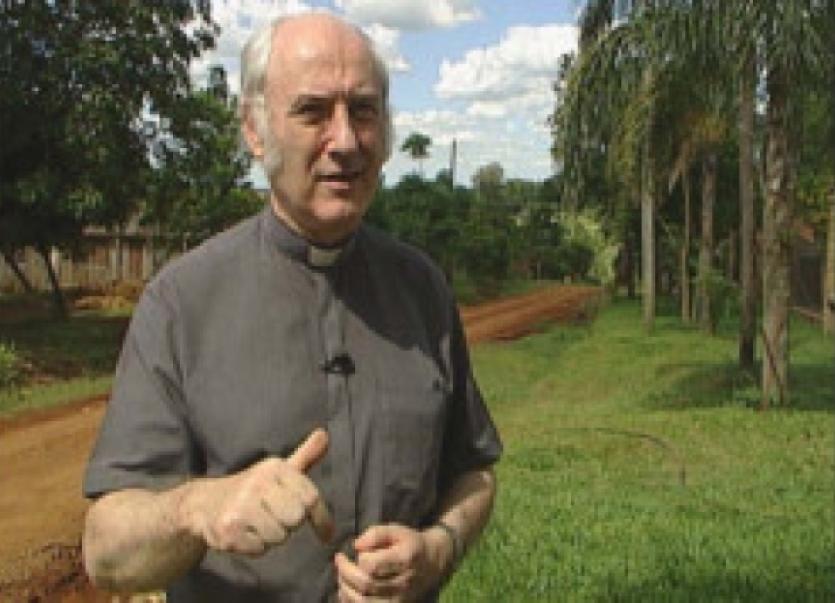 THE VILLAGE of Cappamore will get an opportunity on Saturday to say a final goodbye to a priest, who will always have a special place in the hearts of people in Oberá, Argentina.

THE VILLAGE of Cappamore will get an opportunity on Saturday to say a final goodbye to a priest, who will always have a special place in the hearts of people in Oberá, Argentina.

A Requiem Mass will be held in St Michael’s Parish Church, Cappamore at 1pm on Saturday, January 17 for Fr Liam Hayes SVD. The 65-year-old passed away in December after a short illness.

Fr Liam was laid to rest in the Rosary Garden he created in the Cheshire Homes in Oberá where he spent close on 30 years feeding, rehabilitating and loving Argentina’s forgotten.

He gave his life to the selfless devotion of the children and elderly abandoned by society and wished to be buried with the those he had worked with for decades.

Fr Liam’s life’s work was in Argentina but he was a regular visitor home to Cappamore and Limerick where his loss is felt deeply. A beloved brother of Donncha, the late Angela, Pat, Marion, John, Tom, Bernadette, and Seamus, uncle of Fr Donncha Ó hAodha and 27 other nephews and nieces, along with 25 grandnephews and grandnieces.

It was a sad Christmas and New Year back in Argentina for his fellow priests and Brothers of the Divine Word Missionaries, SSpS Sisters, the patients and staff of the three Cheshire Homes he founded.

Fr Liam got great support from fundraisers in Cappamore and surrounding parishes down through the years and Oliver Dillon, chairman of Cappamore Historical Society, said Saturday’s Mass will give parishioners an opportunity to meet with the family and extend their sympathies.

“A lot of people wouldn’t have met with the family yet. There was a Mass in Maynooth in December and this is his month’s mind Mass in Cappamore.

“He did tremendous work outside on the missions dealing with people who were unwanted and built three care homes to give them a comfortable way of life.

“Fr Liam always kept in touch with us back home and he will never be forgotten in Cappamore,” said Mr Dillon.