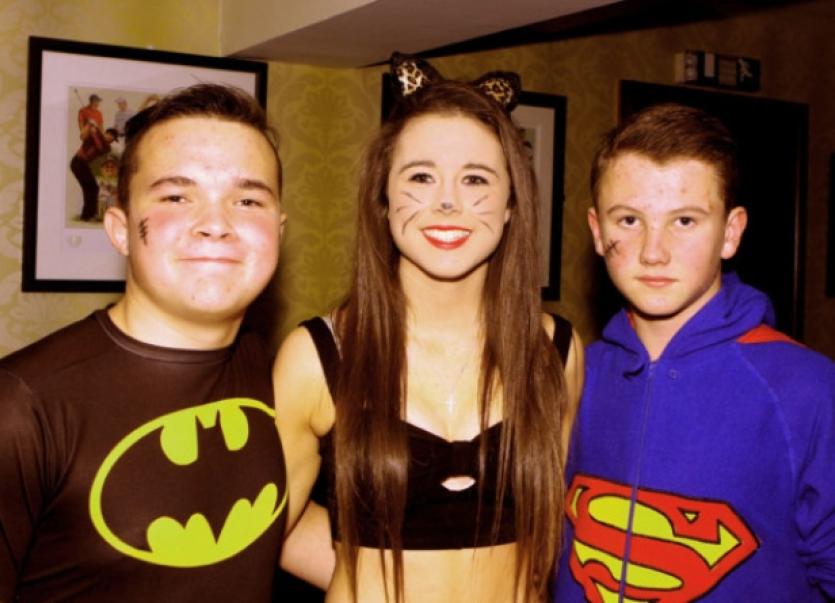 DESPITE the sad passing of Sophie Mulcahy a fortnight ago, family and friends of the eight-year-old gathered at Bulgaden Castle at the weekend to remember the ‘sweet princess’.

DESPITE the sad passing of Sophie Mulcahy a fortnight ago, family and friends of the eight-year-old gathered at Bulgaden Castle at the weekend to remember the ‘sweet princess’.

A night entitled Sophie’s Halloween Fancy dress had been organised prior to Sophie’s death on October 23 and while it had been cancelled initially after her sad passing, following encouragement from locals, it was decided that it should go ahead.

“We were all thinking of Sophie. Her spirit lives on,” explained Sophie’s aunt Elaine Mulcahy-Dore.

“I had said I would just cancel it but I was out at the fireworks in Kilmallock and they did pink fireworks for Sophie and a lot of people were asking me not to cancel I decided to go with it,” she explained.

The event had been organised to raise funds to assist Sophie in her future health care but turned out to be a night to celebrate her life and ensure her spirit lives on. Among those in attendance included her older brother Dion and her first cousins.

“Sophie brought the best out in everyone. She got a lovely send-off,” said Elaine.

The communities of Kilmallock and Rhebogue were left deeply saddened by the news that Sophie passed away.

The brave little girl who lived in Rhebogue – and whose father Liam is from Kilmallock – had the genetic condition 1q43 -one of only 40 known cases in the world.

Hundreds of people packed into St John’s Cathedral in the city on October 25 for Mass of the Angels in memory of Sophie.

Sophie was a student of St Gabriel’s in Dooradoyle where she had made great progress in recent times. Her dad Liam had founded the charity Cycle 4 Sick Children and worked tirelessly to raise funds for children who, like Sophie, suffer with a serious illness.

Sophie was born in 2006 and was immediately transferred to Crumlin’s cardiac ward where she underwent six heart operations within six months. Sophie’s genetic condition 1q43 had left her unable to walk or talk but she had her own unique way of communicating with her loving family.