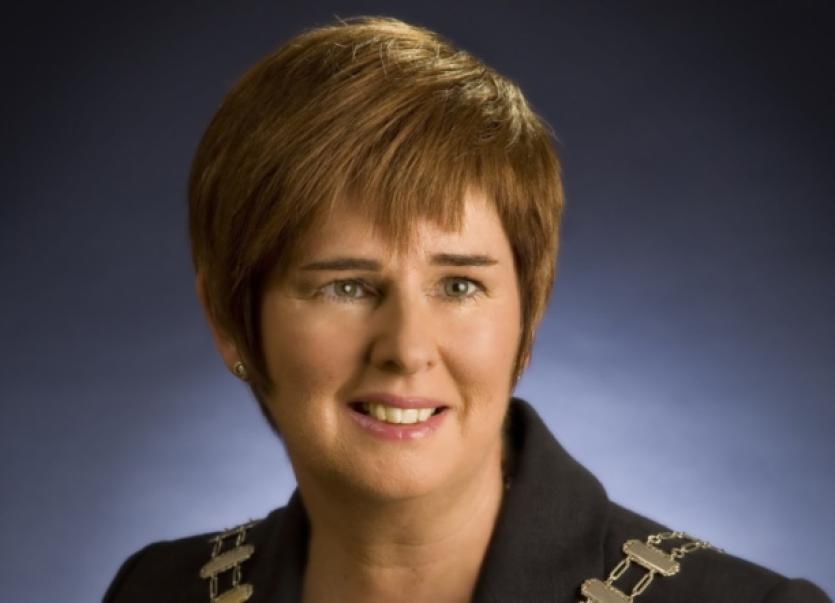 MOTOR neurone disease may have taken Mary Harty’s speech, mobility and tragically her life, but it never took her spirit.

MOTOR neurone disease may have taken Mary Harty’s speech, mobility and tragically her life, but it never took her spirit.

The former cathaoirleach, county councillor and primary school teacher lost her brave battle with the terrible illness at around 12.45am in the early hours of Wednesday morning.

The Ice Bucket Challenge has raised much needed awareness and funds for motor neurone disease associations but it also gave Mary a lot of pleasure in her last days.

The proud Pallasgreen woman, who was born on January 1, 1960, started planned her own event last Tuesday week. Two days later people were getting drenched in her front garden in Corelish West, Pallasgreen.

A wonderful orator and speech writer, Mary even told her sister Siobhan what to tell the Limerick Leader. On Monday morning Siobhan recited her thoughts on the wonderful event.

“I like to be organising things. It was a great boost for me to see all my family, friends, neighbours and carers doing the challenge. The Irish Motor Neurone Disease Association has been very good to me and I like to do anything I can do to support them.

“The Ice Bucket Challenge has been a huge thing all over the world and that kind of publicity is very good for motor neurone disease. It is not a very prominent disease. I like to give something back,” said Siobhan, on behalf of Mary.

At one stage Mary interrupted her sister to spell out on her board that there were over 60 – and not 50 – attendees at the event. She also spelt out Kevin McNamara and said to be sure and thank McNamara’s Hardware shop in Doon for the buckets. Meticulous was one word to describe Mary.

Upto her passing, her mind was as sharp as when she welcomed President Michael D Higgins to County Hall as cathaoirleach in April 2012. Only a few months later she was diagnosed with the disease.

Mary was the oldest of three siblings – Siobhan, Carmel and Eamonn. Fighting back the tears, Eamonn paid an emotional tribute this Wednesday morning.

“She was an unbelievable sister. I should by-pass the word aunt because she wasn’t an aunt, she was a mother to all her nieces and nephews. She was the go-to person if you needed advice and she was a rock to every single one of us.

“She scolded us, cajoled us and advised us, and it is a measure of her that all her carers became her friends. They started out coming in to look after her but every single one of them became her friend. They laughed and joked and cried and gave out - that is the kind of person she was,” said Eamonn.

Mary was particularly proud of Eamonn organising Passion 2014, which she attended at Easter. She spoke about it at her last and the last ever Castleconnell local area meeting, which was held in Nicker in her honour.

A county councillor since 1999, Mary “fought tirelessly” for her own constituents and her legacy is one of excellent community and education facilities, said Fine Gael colleague John Egan from close-bye Murroe.

As boys and girls return to the classroom this week so too should Mary. Her 30-year contribution to education in Nicker National School was celebrated at her retirement party last November.

Minister for Finance, Michael Noonan described Mary as “an extraordinarily kind and caring person”. Eamonn tells a story summing up her friendliness.

“Last time we took her into Milford for respite we were trying to set her up on the bed and a nurse was helping. Mary started making us spell out, ‘Who are you and where are you from?’

“We were saying Mary would you ever get sorted first but that is how she treated everybody. She would automatically ask, ‘Who you are and where are you from?’” said Eamonn. Mary passed away at home surrounded by her loving family.

While her health had been declining in the last six weeks, Eamonn said: “It was still incredibly sudden. It was just like you would turn out a light switch. She went peacefully.”

Mary’s last week was filled with joy and fun. She nominated Deputy Patrick O’Donovan for the Ice Bucket Challenge and enjoyed watching the video online.

On Monday, Siobhan said her sister was always involved in the community whether it be teaching or politics.

“Since she got this disease she has been less and less involved so any chance she has to support the people who are helping her she likes to be able to do it. She wanted 20 to do the ice bucket challenge but we ended up with over double that. We had water all over the house but it was great fun. Cappamore Fire Brigade were brilliant on the night and Mary was delighted to be part of it,” said Siobhan.

Her legacy locally and countywide is assured as she was only the third female cathaoirleach and first person from her parish. When she fell ill her parish supported her to the hilt with a huge turn out at a walk for motor neurone disease in February 2013. Mary said she was “overwhelmed with the support” but they were only giving back what she had given to them.

At the beginning of this tribute Mary said she “liked to give something back”.

She has given more than enough in her life-time that was cruelly cut-short.