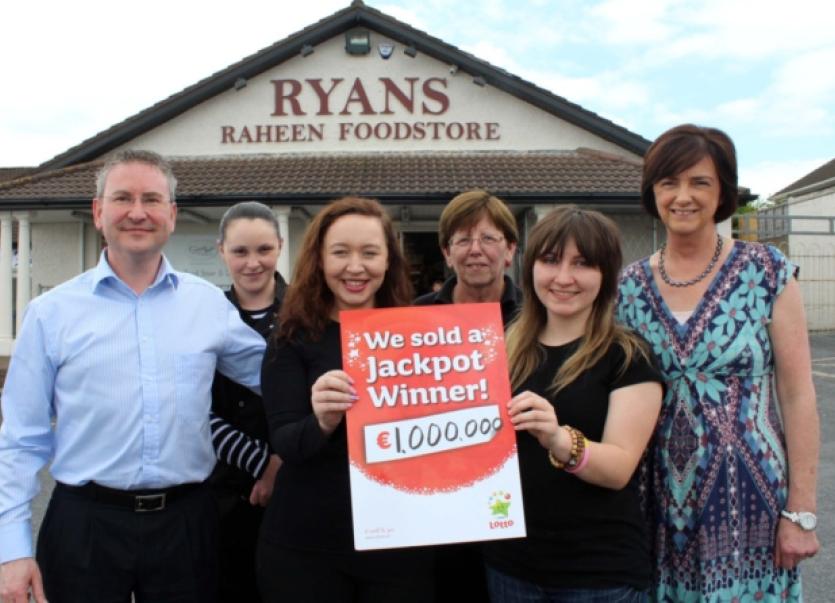 A FAMILY syndicate from County Limerick has picked up a cool €1m prize from the Lotto.

A FAMILY syndicate from County Limerick has picked up a cool €1m prize from the Lotto.

For the family it was a case of Friday the 13th being very lucky indeed as the €4 Quick Pick ticket they bought last Friday in Ryan’s Raheen Foodstores saw them share in Saturday’s €2m jackpot with a couple from Wexford.

A spokesperson for the National Lottery confirmed that the Limerick group collected their winnings on Thursday, but declined to reveal their identity, preferring to remain private.

“We can’t believe our luck,” said one of the family members, according to a statement released by the National Lottery.

“Friday 13th is unlucky for some but for us it turned out to be the complete opposite. It’s unreal! From now on, thirteen will be one of our lucky numbers.”

The family said they were looking forward to making plans for their new found fortune.

“It’s going to be a great summer,” said a family member.

The latest win brings to over €200.5 million the total amount won in jackpots by National Lottery players in Limerick.

Dolores McNamara continues to hold the record for biggest win in Limerick and indeed the country, scooping €115 million in the Euro Millions in 2005.

For Ryan’s Raheen Foodstores selling the prize winning ticket has led to “great excitement”, according to owner Ray Ryan.

“For a customer, somebody has just had their life changed, which is a great bit of news,” he said.

“There is great excitement, the staff are absolutely delighted and all the customers are coming in and asking if we have any idea who it is and if we have any clues.

“We have no idea but it is absolutely great,” he added.

Meanwhile, this Saturday’s Lotto jackpot is heading for €2.5 million