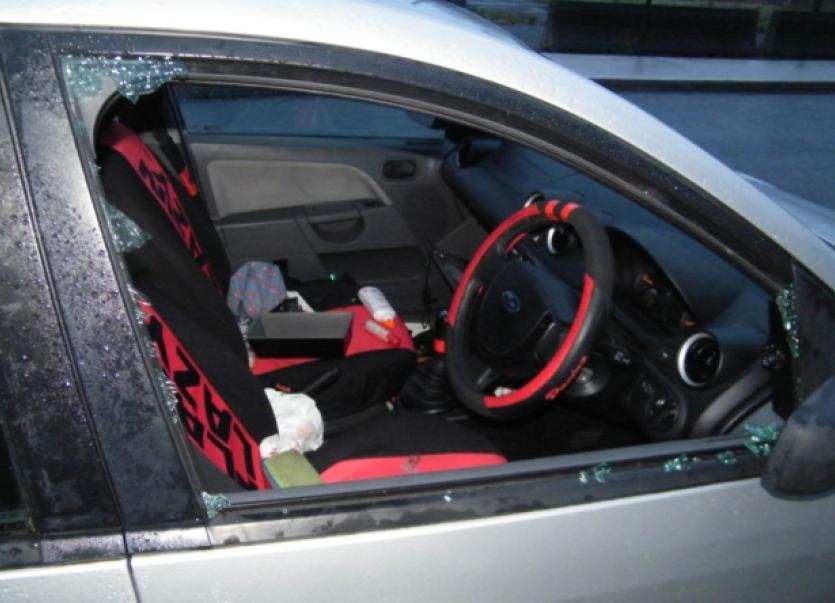 CARS belonging to Munster fans were robbed and vandalised during the win over Toulouse.

CARS belonging to Munster fans were robbed and vandalised during the win over Toulouse.

While thousands were in Thomond Park cheering Munster to a vital European win, vandals struck in the Thomondgate area, smashing windows, and taking belongings.

Sinn Fein Cllr Maurice Quinlivan - who lives in Thomondgate - has called on the gardai to take firm action against people causing the vandalism. It is understood they are known to the force.

“There was a fantastic atmosphere in the community on Saturday. People were all very proud of our local hero Keith Earls. But these thugs go around smashing up cars and seem to be getting away with it,” he said. “We don’t need it. Just two streets from where this vandalism is happening, there are throngs of people in great form. But these thugs are trying to destroy our community.” Before the game, nine cars were vandalised in O’Dwyers Villas and on New Road. The constant attacks have made two local families want to get out of the area: “This is a first - anyone wanting to get out the area. The gardai have done good work, but they need to be there more often,” he concluded. If you have any information, call Mayorstone gardai at 456980.