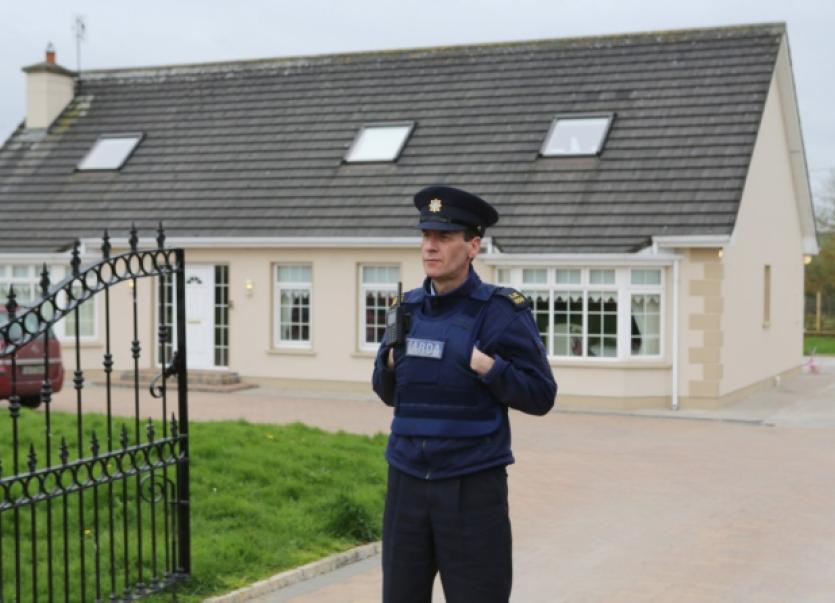 A major manhunt is continuing following an aggravated burglary in County Limerick last night in which four masked men armed with firearms held a family at gunpoint.

A major manhunt is continuing following an aggravated burglary in County Limerick last night in which four masked men armed with firearms held a family at gunpoint.

The men entered the dwelling home at Ballingoola, Grange, Kilmallock shortly after 10pm.

Two of the men entered the front door while two entered the back door of the dormer house.

A couple and their three children - two girls and a boy - aged nine, six and four were held at gunpoint by the men who are believed to have been armed with handguns.

“They tied up the husband with cable ties and put him down on the floor. The wife was in the kitchen,” explained Superintendent Alan Cunningham of Bruff garda station who is leading the investigation.

“One of the raiders was wearing a high-viz jacket. Their faces were covered with balaclavas.”

One theory being explored by the gardai is that the crime could be a case of mistaken identity. The gang of men are understood to have immediately started to demand to know where a man named John was. The family insisted no person by that name lived there

The three children were not tied up during the incident.

According to Supt Cunningham, the family were then locked in a bathroom. “A sum of cash was taken from a wallet. The raiders then left the scene,” he said.

The alarm was raised after the family opened the window of the bathroom and called for help. “A neighbour heard the calls, came over to the house and freed them. The gardai were alerted,” said Supt Cunningham.

The scene was preserved overnight and a forensic investigation has been conducted. it is understood that the gang were in the house for between five and seven minutes.

Gardai at Bruff are investigating the incident and can be contacted at (061) 382940.