Vet warned of ‘bullet in the head’ as gardai called 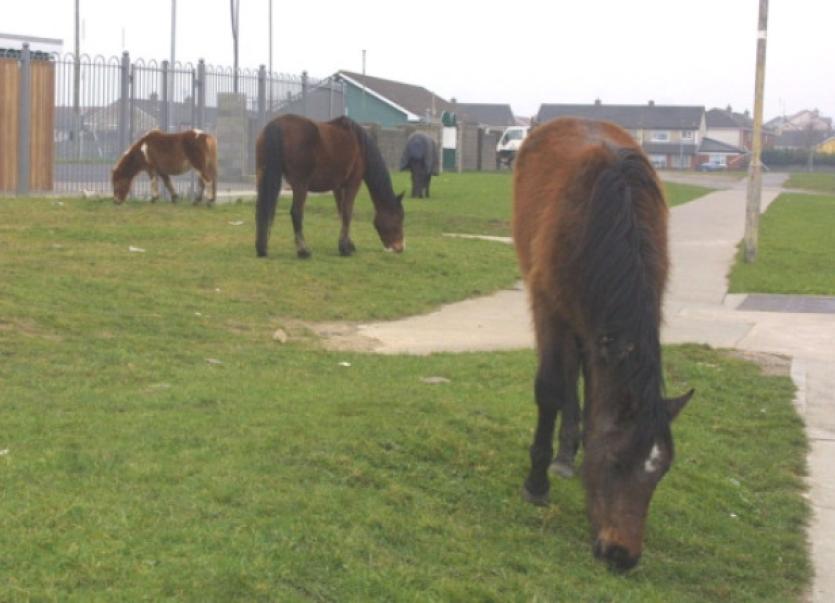 THE boss of Limerick Animal Welfare has revealed the charity’s vets often have to be accompanied by gardai when rescuing horses.

THE boss of Limerick Animal Welfare has revealed the charity’s vets often have to be accompanied by gardai when rescuing horses.

Giving evidence to City Council’s environment committee Marion Fitzgibbon said an equine vet was “threatened and had to leave a horse dying at the Groody roundabout”.

Since then, she says the charity’s vets sometimes have to contact Henry Street or Roxboro garda stations when attending rescue.

Speaking of the “new horror” facing the welfare charity, Ms Fitzgibbon said: “He was told he would get a bullet in the head: It was really serious.”

She added: “One chap rode a horse from Corbally to Clancy Strand, wielding a hatchet. We never caught him, and when a squad car arrived, he had disappeared. Can you imagine what this looks like to visitors?”.

The merger of the local authorities brings with it an opportunity to reform the horse bye-laws, which at the moment, prevent the keeping of the animals within the city bounds without a licence.

City Council generally does not grant licences - a move which Cllr Jim Long says has forced the practice of keeping horses “underground”.

However, County Council is more lenient when it comes to issuing licences, because of the green space available in the countryside.

Councillors met this Monday to try and thrash out a compromise ahead of the merger, with official Christy O’Connor suggesting a committee be set up to investigate the provision of horse projects across the city.

Ms Fitzgibbon said at the moment, with foals selling for as little as €30, many owners will not care properly for the creatures, because calling out a vet costs up to €90.

When injured horses are brought back to the charity’s sanctuary in Kilfinane and the animals cannot be saved, she said it often causes “great distress”, and ultimately a loss of volunteers.

“There are some wonderful young boys and girls who come to help us. We try to encourage them to keep coming and not to lose heart, but sometimes they find themselves helpless,” she explained.

She called for sulky racing to be regulated, saying this does untold damage to foals.

Youngsters, she said, “are often riding with a baby foal in the harness. It is causing havoc to pedestrians and drivers and distress to the horse. We get foals with broken bones and lacerations in. But if we try to stop them, they get very aggressive. A lot of these young men are full of drugs and perhaps would not act like this if they were not taking drugs.”

Sinn Fein’s northside councillor Maurice Quinlivan called for another horse amnesty, but this time offering owners €100 to turn in their horses.