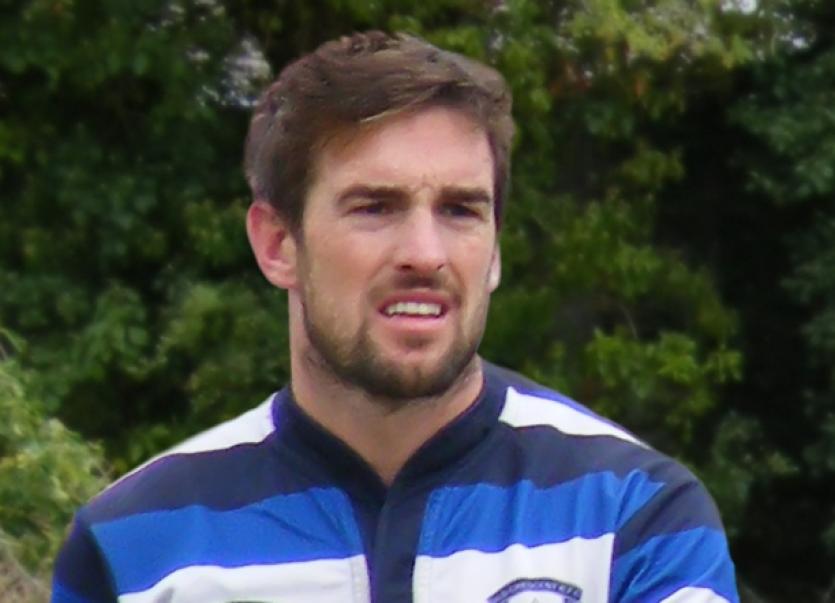 THE LATE Alan Feeley always did his talking on the pitch and so too have Old Crescent RFC by retiring his number 13 jersey for the season.

THE LATE Alan Feeley always did his talking on the pitch and so too have Old Crescent RFC by retiring his number 13 jersey for the season.

The coffin at the funeral Mass of the 28-year-old, who died from a brain haemorrhage last week, was draped by Old Crescent RFC and Claremorris GAA jerseys. Both clubs gave guards of honour.

Mr Feeley collapsed in the gym in UL on Monday evening, November 11. He was rushed to University Hospital Limerick but passed away in the early hours of the following Wednesday morning. As a donor-card holder, his organs were used to save the lives of others.

A number of buses of staff and pupils from Scoil na Trionoide Naofa in Doon, where Mr Feeley taught, and Old Crescent travelled to Claremorris. Many others from Limerick travelled privately.

St Colman’s church was overflowing with mourners. Parish priest Fr Peter Gannon said Mr Feeley charmed everyone who met him and was not only an inspiration to his students but to his fellow athletes and adventurers, as well as his many friends.

“He just had a unique way of reaching out to people. There were no age barriers. He packed more into little over a quarter of a century than most people do in a lifetime.

“He has travelled the world and been to every continent. His fitness was exceptional and he had a smile that lifted his whole face. Alan had such a lovely, laid-back nature,” said Fr Gannon. Scoil na Trionoide Naofa was closed on the day of the funeral. Principal Eilis Casey summed up the feelings of everyone who knew Mr Feeley when she said last week: “It doesn’t make sense ...”

His death left everyone who knew him shocked, distraught and in complete disbelief.

This week Ms Casey said as a school community they are trying to come to terms with Mr Feeley’s sudden death and have drawn strength from each other.

“I would like to thank all those who phoned, e-mailed and sent cards offering their condolences and support to us and which in turn we will pass on to the Feeley family.

“In particular we were hugely supported by the NEPS psychologists who were on site with us on the day of Alan’s passing and offered valuable advice and backup to the staff.

“It is our intention, when appropriate, to mark Alan’s death but also to celebrate his work as a teacher and colleague. For one whose career was short his impact and influence was immense,” said Ms Casey. Prayer services were said in both St Fintan’s and St Joseph’s by Fr Tony Ryan and Fr John Beatty. Fr Ryan said that due to the amalgamation Mr Feeley had started coaching the boys too.

“They were supposed to be playing a match on Friday, instead he was laid to rest. It was devastating,” said Fr Ryan, who along with Fr Beatty assisted at the Mass in Mayo.

“He could relate with everyone, he was highly professional and totally dedicated. He just had a way about him,” added the parish priest. Mr Feeley spent five years in Doon, and even though he was only with Old Crescent since the summer he made a lasting impression.

“Alan joined Old Crescent RFC this summer and quickly became a valuable and popular member of the club’s thirds rugby fraternity, scoring a try in the last thirds game just over a week ago,” said club president, Chris Cullinan.