Opinion: A year like no other for Limerick's property market 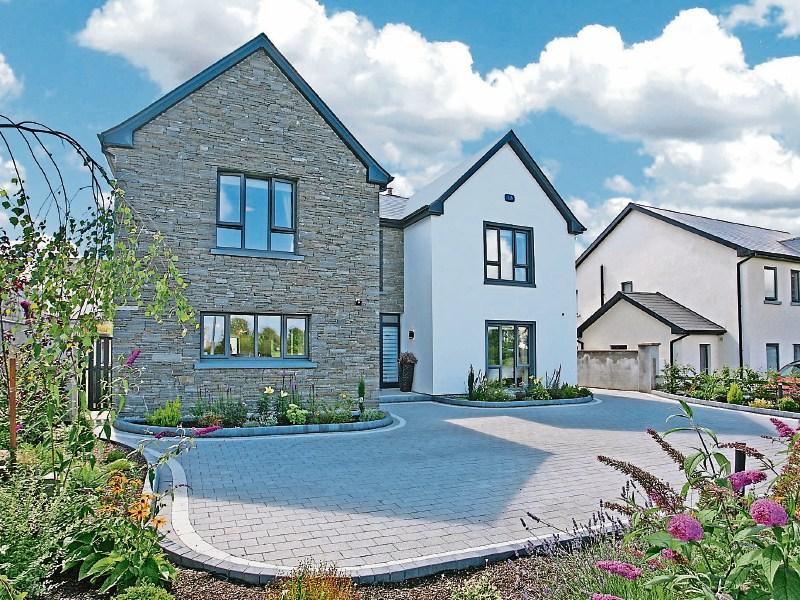 AFTER a tumultuous 2020, and a somewhat disorderly 2021, many of us felt that we deserved stability this year. However, eight months on, stable is perhaps the last word one could use to describe 2022.

A war in Ukraine, rapidly rising consumer prices, supply chain challenges and a 50bps rise in interest rates have all served to challenge both our economy and indeed our housing market.

Looking at the property market in the year so far, perhaps the most prominent fallout from the global challenges lies in the construction sector. Following an uptick in construction activity in 2021, bolstered by the easing of public health restrictions, commencement activity has slowed this year.

Having peaked at almost 35,000 units commenced in the twelve months to March 2022, the following months have recorded a steady decline, with significant issues surrounding building cost inflation hampering activity. This slowdown in activity will impact construction outputs levels in the second half of 2022 and perhaps most worryingly 2023.

The release of the preliminary figures for the 2022 Census, underscores the scale of the housing crisis.

Such a slow down in activity, coming at a time of rapidly rising population is particularly frustrating. The release of the preliminary figures for the 2022 Census, underscores the scale of the housing crisis. This data highlights the need to build over 50,000 new homes each year until 2036, if we are to even bring Ireland in line with the European average in household size. This is more than twice as many as we are currently building.

The rental crisis continues to lie at the core of the accommodation crisis in Ireland. After a challenging decade of limited investor activity and an exodus of existing landlords, it now appears the situation has deteriorated further in 2022.

According to our in-house research on vendor activity, 37% of vendors in quarter two were investors selling their property. This is the highest proportions on record and highlights the continued dysfunction in the rental market. Furthermore, rental inflation has continued to gather pace over recent months.

According to the subindices of the Consumer Price Index, private rents increased by 11.9% over recent months, which is the strongest rate of annual growth in a five-year period. This is particularly wearisome because unlike the complex nature of the overall market, there are many well documented solutions to the rental crisis, which have been disregarded by policy makers for over a decade. The time for action on this debacle is now.

Despite all the above or perhaps because of it, the second-hand residential market has shown considerable stability in the year to date. Continuing from last year, sales activity remains healthy. Excluding block sales and new homes acquired for social housing, a total of 12,200 housing transactions were recorded on the Property Price Register in quarter one. Activity levels have improved again in the second-hand market with approximately 10,600 sales recorded in quarter one, representing the strongest first quarter, since at least 2010.

We are also beginning to see stability re-emerge in terms of prices. Our latest index shows that the average value of second-hand homes in Ireland increased by 1.6% in the second quarter of 2022. This represented the slowest rate of quarterly growth in over a year.

The challenging nature of the Irish property story is by no means unique, indeed there is growing evidence of housing market imbalances in many developed countries. However, there is no doubt that the accommodation crisis in Ireland is more deep-rooted than most. That said, rising interest rates and volatile consumer sentiment will likely result in a moderation in the pace of inflation in the months ahead and into 2023.

At this juncture we expect to see inflation of 4-5% in the Dublin market in the full year with overall inflation in Ireland higher at 6-8%.

Looking at the immediate future, all indications are for a busy selling season in the autumn. Traditionally the market slowed in the summer months, reopening at the end of August. However, with the disruptions of the past two years the customary summer lull has dissipated. That said, the quantum of new properties coming to the market did slow this summer. However, early indications are that stock levels will be replenished in the coming weeks, with an improved volume of both second-hand homes and new homes coming to the market.

The frenzied bidding activity evident in the opening weeks of the year has diminished, however demand remains strong with a notable urgency from purchasers to transact more quickly in the face of rising interest rates. As always, the market performance will not be homogenous but at this juncture, we are expecting a busy season in the months ahead.