Then & Now: A reminder of just how fragile life is on the road 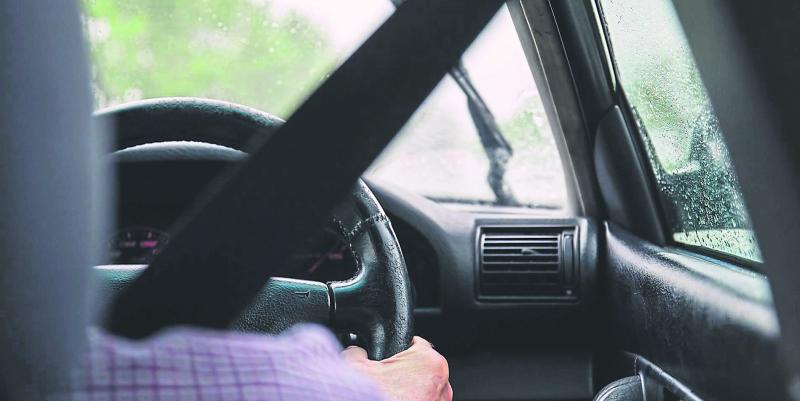 Road deaths are on the increase this year and stand at 110 on September 5, an increase of 17 from the same time last year Picture: Pexels

ROAD DEATHS nationally have increased this year and stand at 110 on September 5, an increase of 17 from the same time last year. This total is made up of 48 drivers, 16 passengers, 19 pedestrians, 20 motorcyclists, 5 pedal cyclists, one pillion passenger and one e-scooter driver/passenger. The number of road deaths in Ireland in 2021 dropped to a record low of 136, making it the safest year since road deaths were first recorded in 1959. With four months left in the year it is likely that an increase is on the cards.
A total of 136 people died in 123 fatal road collisions in 2021 compared to 146 deaths in 135 fatal road collisions in 2020.
Males accounted for almost three quarters of all deaths in 2021. The figures were published by the Road Safety Authority (RSA) on Saturday, January 1, 2022, following an analysis of provisional fatal collision reports by An Garda Síochána.
Assistant Commissioner Paula Hilman, Garda Roads Policing and Community Engagement said, “I want to take this opportunity to thank the majority of law-abiding road users who acted responsibly in 2021 and to the road users who supported the road safety initiatives of An Garda Síochána and the RSA. Regrettably, there are some drivers who continue to put not only their own lives but the lives of other road users at risk.”
During the course of 2021: Over 175,000 drivers were detected committing speeding offences; Over 23,000 detected using a mobile while driving; Almost 8,800 arrests were made for driving under the influence of an intoxicant; Over 7,000 were detected for seatbelt offences; Over 7,500 unaccompanied learner drivers were detected.
Assistant Commissioner Hilman continued, “As we look to 2022, I want to reaffirm our commitment that roads policing and road safety will continue to be a core objective in the Annual Policing Plan of An Garda Síochána. We will continue to focus on the main life saver offences of speeding, driving under the influence of an intoxicant, non-wearing of seatbelts, using a mobile while driving and learner drivers driving unaccompanied.”

The above information is a reminder of just how fragile life is on the road. We are entering the darker half of the year now so extra care should be taken. Remember drivers, you are in charge of a dangerous weapon which can destroy life. Pedestrians should wear appropriate high-vis clothing at all time so drivers can see them. We must all play our part in keeping each other safe on our increasing road usage. My sympathy to all people who have been affected by the deaths of loved members. May they rest in peace.

Cats eyes
CATS EYES were a wonderful invention by Percy Shaw and have saved many lives on dangerous roads and during foggy weather. They began life as road studs set into road surfaces which reflect a cars headlights at night. Percy Shaw came from a working-class family and had finished formal education by the age of thirteen. His father, James, was married twice, having seven children with his first wife, Jane. When Jane died in 1883, James married Esther Morrell.
Born in Halifax, Yorkshire in 1890, Percy was the fourth child and second son of this second marriage. Two years later the family moved to nearby Booth town and that was where Percy would spend the rest of his life.
Money was in short supply so when Percy reached the age of thirteen, he started work as a labourer in a local mill. He was ambitious enough to see the advantages of learning a trade and started an apprenticeship as a wire-drawer, a skilled job producing specific gauges of wires for specific tasks. The problem was the low wages an apprentice was paid, and so he turned his back on the long term advantages for short-term better pay as an ordinary factory hand.
During the first World War, he worked with his father repairing small machine tools in an munitions factory. When his father died, the 39-year-old Percy, set up in business as a road repair contractor. The story goes that Percy Shaw was driving along a dark, twisting road, unable to see the fence which separated it from a steep slope.
Luckily, a cat was perched on it and when it looked at the approaching headlights, the beams were reflected in the cats’ eyes, and he avoided going over the edge. It's a nice story, but Percy gave at least two other versions at different times. He told the television traveller and interviewer, Alan Whicker , that it was the reflective material on road signs that gave him the idea of embedding something similar into the road surface.
In another version it was the reflection from the friction-polished top surface of tram-tracks that did the trick. Whatever the origin, Percy Shaw was just the man to act on it. He experimented with different materials and found that glass balls were just the ticket, and he patented his invention in 1934. The following year he set up Reflecting Road studs Limited to make them. Road authorities should have been queuing up for them , but that wasn't the case.
It wasn't until the outbreak of the Second World War that Percy's cats’ eyes came into their own. When blackouts were introduced in a bid to hamper air-raids, street lighting was forbidden. This, of course, made driving at night extremely hazardous. It was bad enough that headlights should be enclosed so that only a minimum of illumination of the road surface was possible. Road studs addressed the problem perfectly and their production was stepped up almost as much as the production of munitions.
The factory was located in Shaw's hometown of Boots town. Increased demand meant increased employment, producing over a million glass studs each year. Shaw was a local hero. There was one slight problem. The road studs quickly became coated with mud and dirt, so that within a short time their reflective quality grew dimmer and dimmer.
How could this be overcome? Councils couldn't afford to have employees giving every set of cat’s eyes a spit-and-polish every few days. Again, Percy came up with a simple, cheap solution. He redesigned the casing with a small reservoir of rainwater and softer, more flexible rubber.
This meant that cars passing over the device would depress the glass studs into the reservoir, giving them a quick bath. Like many great inventors, Percy Shaw doesn't seem to have been too concerned about personal wealth. Logic would suggest that he made millions from his invention. If he did, he certainly didn't flaunt it. He lived modestly, even eccentrically. In later life, he even stripped his house of its carpets and furniture. His one indulgence was television. He kept four sets turned on permanently, one for each of the main British stations. (BBC 1, BBC2, ITV, and a special one for BBC2 colour programmes)-all with the sound turned down!
When he died in September 1976, he left an estate of £193,500. While not exactly on his uppers, it seems strange that it wasn't at least ten times, or even a hundred times that amount.