Making Cents: Should I stop my pension payments to pay for the rising cost of living? 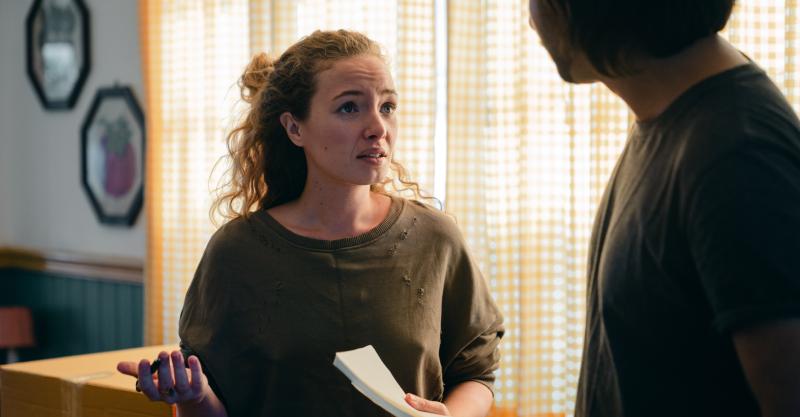 The annual inflation rate in Ireland remained at 9.1 percent in July of 2022, the highest level in 38 years

IN RECENT weeks I’ve received a number of emails from people asking me a very similar question which in essence is, is it okay if they cancel or suspend their pension contributions for a period of time?
They want to know if this is something they should do or something they should avoid if at all possible. They’re not sure of what impact it might have on their finances later on in life and they want to get a sense check from someone who might know.
And it’s an excellent question because the cost-of-living crisis is putting a strain on people’s finances and they are looking for solutions to free up some cash. And perhaps they have exhausted all other avenues that were open to them and it’s still not enough and maybe giving up pension contributions, is something they may have to do.
It’s not surprising that people are looking at their pension of a way of cutting back. You can’t stop paying for food, and you can’t stop putting petrol in your car but you can stop putting money into your pension.
It seems an easy way to free up cash and it might be tempting to give your pension contributions a miss until things get better, but what does it mean to your long-term finances if you do?
And that’s exactly what I’m going to look at in this article because the long-term impact can be much greater than people might think.

And I get why someone might consider this option because they’ll see the immediate impact it will have on their take home pay each month. It’s hard to see what the future impact suspending contributions would be and even if you knew, perhaps you wouldn’t care anyway.
For some the present is more important because they can feel the pain now. Whereas that unknown future impact, which could be 20 or 30 years away doesn’t feel real. It doesn’t feel anything because they don’t know what it could be.
Pensions are important, of course they are, what you’ll save during your working life could determine your quality of life during your non-working life, and you must make provisions for when you’re older. And I think most people accept that and appreciate that saving into a pension fund is good advice in theory, but if you’re faced with choosing between eating or heating or what your income might be in 20 years’ time, I think I know which will lose out.
The difficulty however with this sort term solution is that in the long run you could end up leaving tens of thousands of Euro behind you.
And I’m about to explain why this could be the case with a real-life example.
I’m going to tell you about one of those people who reached out to me recently because when I ran the math for him, suspending pension contributions for just two years, would end up costing him c. €64,874 and in the process unbeknownst to him, he was also taking a voluntary salary cut of 11%.
For context, he’s 34, earning an income of €53,000 and he was making pension contributions of 8% of his salary which his employer was matching.
So, if he was to stop contributing, so too would his employer, which meant in total he would lose out on €707 going into his pension each month, which over two years amounted to €16,960.
The €707pm invested over a two-year period at a 3% return would amount to €17,635.
That €17,635 with no further contributions, if invested over a 29-year period and growing at an annual rate of 4.5% (I’m being conservative with this return because over that time period) would amount to €64,874.
He was giving up €707 which would have been going into his pension each month for a saving of €212 if he stopped making contributions.
And the question I posed to him when we ran the numbers was can he do more now with €212 than he could do with €707 going into his pension when he now knows what that amount will accumulate into over-time.
If the answer was he could, because he has no other choice, that’s fine, but the numbers made him re-think what he was about to do, and he went back to his monthly budget to see if he could find the €212 somewhere else.
He wanted to find an alternative that wouldn’t end up costing him €707 which he now knew would turn into €64,874, which in turn would pay him €2,595 per year in retirement.
Over the long term, he’d have to bridge this gap someway and that would mean higher contributions when he returns to making them, if, he wants to make up for those lost two years later on.
And apart from what those missed contributions will grow into over-time, what he’d also miss out on were (a) employer contributions and (b) tax relief the state makes available on personal contributions.
This gentleman was about to turn his back on €353 each month from his employer and €141 from tax relief he’d receive on his own contributions. So, in total he was saying no to €494 every month which was free money because it wasn’t costing him anything.
And some people might think, me included that by giving up his employer’s contributions and what the government was giving him, he was effectively taking a voluntary pay cut of 11% which in monetary terms was €494 each month which was more than what he was saving personally i.e. €212pm. and that didn’t make sense.
And very simply, the short-term impact of him giving up contributions was a saving of €5,088 i.e. €212 x 24.
The long-term impact was that he’d lose out on about €44,115 , because that’s what €2,595 would pay out over a 17-year period. That’s assuming he lives from age 65 to 82 (82 is the current life expectancy age for a male living in Ireland).
So, short term impact +€5,088 and long-term impact -€44,115.
He never looked at what he was about to do this way and in fairness not many people would, because they don’t know what they should be looking for. He was about to jump in and stop the contributions without knowing what the impact would be but now at least he did.
When he saw the numbers his reply was and I quote, ‘I had no idea what the impact would be, and it seems if I can find the money somewhere else I should. My pension seemed like a quick and easy solution because I didn’t know any other way, but I’ll certainly give it a re-think now I know the numbers.’
But look, no matter what I or the numbers say, everyone is having to contend with a lot right now and it’s taking its toll on people’s finances, where most are having to cut back on the amount they save and/or spend.
And when you run the numbers just like I have, it may make people think twice about what they are about to you, and then again it may not matter at all, because out of necessity they need to free up extra money right now and I get that, and that’s fine as well, of course it is.