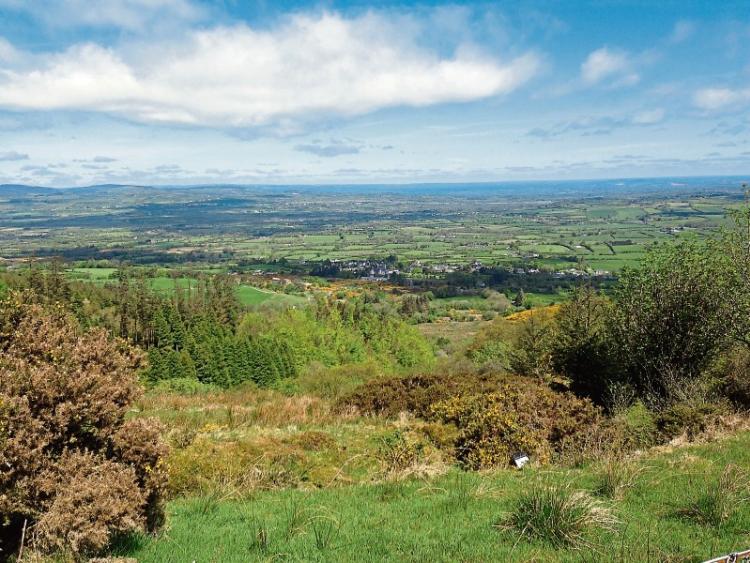 THE five kilometre extension has given us the freedom to explore some new places. On a very hot day we headed off to complete part of the Slieve Felim walk. This snakes through the hills and if you follow the signs, brings you out in the village of Murroe. Many years ago I met a group of tired and cranky hillwalkers who had been exploring the woods in Murroe and managed to get lost. They had been walking for hours and when I pointed out the Murroe was at least 15 miles away they got even more cantankerous.

We started our walk at Muingacree and this is bordered by an extensive willow woodland and lots of reeds. Each spring in echoes to the songs of migrant birds like willow warblers and resident species sedge/grasshopper warbler. Occasionally a reed bunting joins in and unlike the other species who stick to deep cover, the bunting sings from the electricity wires.

Last year this woodland was accessed for its biodiversity value, and this is part of the certification process that ensures woods are managed in a more sustainable way. Most of the life in the conifer planation is birds. On our walk we heard singing blackbirds, chaffinches, willow warblers and blackcaps.

The trees are too packed to allow light, to reach the forest floor and the pine needles also form an acidic mat that inhibits all plant growth. But along the unmanaged edges of the forest roads, where flowers are allowed to bloom, butterflies are thriving.

The main species is the dandelion. They golden heads glowed in the sunshine advertising that they are packed full of pollen and nectar. The most numerous butterfly was the green veined white, and during our walk, we saw dozens of them feeding on the flowers of the dandelion.

Male orange tip butterflies were also numerous. While the males are easily identified by the bright orange patches on the wings, the females need a closer look. We spent the entire walk bending down at awkward angles, to see if the pattern was like a camouflage jacket.

Speckled woods like the dappled shade and we watched lots of aerial battles. This is usually between two males, as they battle over a loose territory. They spiralled around each other for several minutes and it was the longest battle I have ever seen. They were not bothered by us and even gently brushed of my arm. Eventually one gave way and scooted away along the path. Later on in the summer they will feed on the flowers of the brambles.

Peacock butterflies are common along the woodland path and while they are powerful fliers, they often stretch out on the path for a bit of sun. They also feed on the dandelions. The caterpillars of the peacock feed on nettles and there are plenty of these in the woods.

We saw one white tailed bumblebee and there is a good succession of flowers for later in the season. We saw the leaves of the leaves of Angelica, ragwort and figwort.

As we climbed a little higher most of the wildflowers started to disappear. Foxglove, bilberry and mountain ash trees were common and this indicates a more acid soil. The birdlife also changed from blackbirds and robins, wrens and song thrushes.

At the top we had a long rest and a picnic, before starting the easier downhill journey, back to the car.