Don't Mind Me: Púca on pedestal gives me shivers 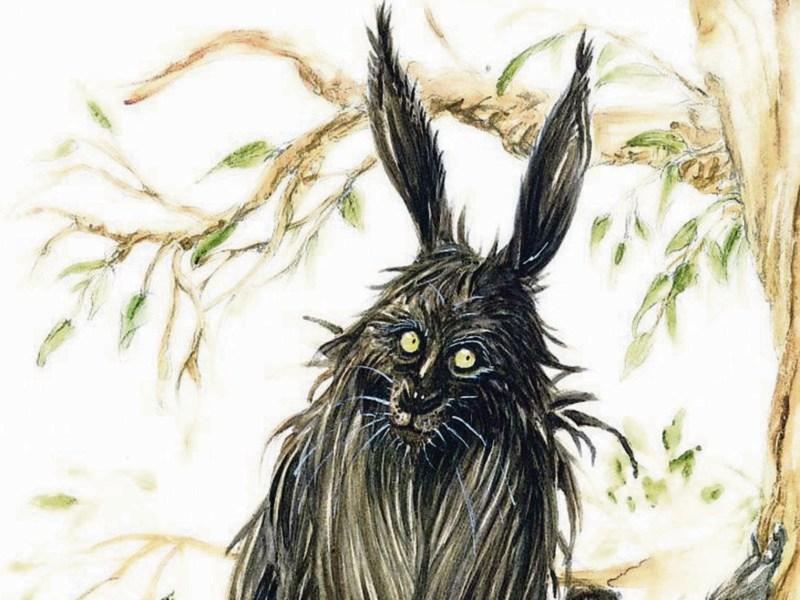 Have you seen a Púca? Maybe, according to lore the creatures were said to be shape changers - which means they could take the appearance of a horse, goat, cat, dog or hare

THINGS have come to a sorry pass indeed in this Brexit-charged atmosphere when we have to turn to the Púca (or Pookah the way I remember spelling it in school) for help.

Fáilte Ireland has decided to enlist the nefarious underworld character from Celtic folklore in the latest bid to boost tourism in the Ancient East. I hope they know what they’re doing, because, like most of the older generation raised on supernatural lore, I’m a bit uneasy about it.

The trouble is you can’t trust the Púca. Apparently he can be a force for good, but he is reportedly far most adept at wreaking havoc. He could change your fortune, I’m told, but he could put a spoke in your wheel just as fast.

For better or worse, however, the country’s first Púca Festival gets underway this Halloween in the ancient north east – Meath and Louth to be precise. Before long, every parish in the land will be calling on this unpredictable sprite to spice up their Halloween experiences. We’ve had a surfeit of pumpkin pie at this stage, it seems.

Fáilte Ireland believes that we were the ones who invented Halloween, and consequently the Púca has more legitimacy than any of the hordes of hobgoblins that supposedly roam the earth on the eve of darkness. It isn’t as if we haven’t enough horrors stalking the land as it is.

Young people today, I’ve discovered, have never even heard of the Púca. I wouldn’t even be talking about him if it weren’t for the new mantle of respectability now conferred on him – I don’t know why I think it’s a ‘him’. Youngsters today were brought up with typical American values, including the ridiculous and less than thrilling theatricals of the modern Halloween. Parents can happily send their kids out trick or treating in the dark without having to worry about the fairies. Now they may have to think again.

Some people in this area, particularly the older, the more religious and the more superstitious aren’t a bit happy about this latest development in the celebration of Halloween. They fear contamination from the Ancient East, especially at this time when rural Ireland is at its most vulnerable and when the country is losing its religion. St Patrick rid us of snakes and Christianised our Pagan rites and now is not the time, they believe, to be paganising our customs again. We don’t know what kind of forces we’re meddling with and there isn’t a St Patrick to be seen anywhere on the Celtic horizon at the moment.

Fáilte Ireland, on the other hand, is having none of this namby-pambyism. The more scared we are, the better for the tourism coffers. Halloween in Ireland needs to put the hair standing on your head if we’re to compete with the Mardi Gras or the Pamplona bull-run.

I do have to say, despite my misgivings now, that Halloween was far more thrilling in the rural environment in which I was reared. There was little or no light pollution and there was a lot of silence. A ticking sound might be the grandfather clock in the hall or it might just as easily be the sound of a leprechaun mending a shoe. The air was thick, not only with autumnal mists, but with all kinds of spirits on temporary parole from the underworld. It fired our imaginations for sure but we knew not to engage with them the way Fáilte Ireland is now engaging with the Púca.

Every Halloween, at the end of an evening of harmless fun, ducking our heads into basins of water to retrieve a sixpenny bit from the bottom or knocking our teeth out trying to bite an apple dangling from the ceiling, we knelt down, said the Rosary and prayed for the dead, with a bit more fervour than usual.

Next day, however, none of us would even touch the last of the blackberries still waiting to be plucked from the hedgerows. They all had a blast on them – touched by the Púca – and now utterly inedible.

Look, I’m not saying that it’s a bad idea to have a Púca festival, or even a series of such festivals across the country, just so long as we keep our distance and refrain from putting him on a pedestal like Cuchullain. I’m not even sure if Halloween did begin here on this island before being hijacked by the rest of the world. There is a long tradition of celebrating the changing seasons everywhere. But we certainly knew how to make a big song and a dance of it.

We’d need to be careful now, though. Brian Boru is said to have a taken a ride on the Púca’s back once – and where did that get him?