All about Gardening: What is with the late bloom of insects? 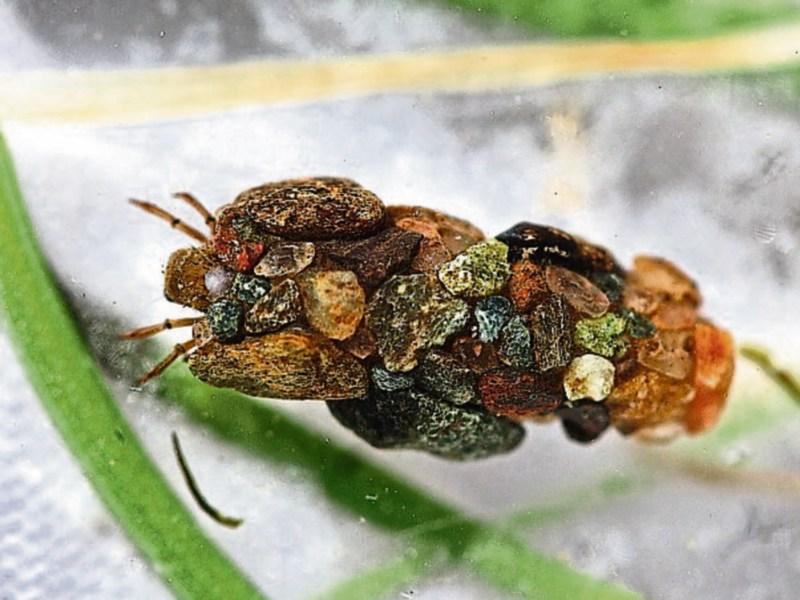 THE unseasonal warm weather had us all going around in T-shirts and gulping down water throughout the day.

There was a brief discussion around the need for sun-block but this was quickly dismissed as unnecessary and we decided just to enjoy the fabulous sunshine.

The fine weather also had a positive effective on wildlife with a welcome bloom in insects flying during the day and crawling at night.

The night-time wall at the front of the house first caught our attention. We had gone out to star gaze but stubborn clouds turned our attention to other pursuits.

The first insect we observed was a large brown caddis fly. This had been drawn from the small stream at the back of the house by the street light. It had spent the last year underwater as a larva encased in a pebble cylinder.

We shone the torch up higher and were amazed to find dozens of spiders hanging from a ledge that protrudes out around half way up the house. Their only attachment was a delicate gossamer string and they could have been dangling from the North face of the Eiger.

This silken lifeline also helps spiders to colonise new territory. On windy days, in the meadows, the spiders climb to the tops of the grasses and flowers. Here they spin a long silken thread and this catches the wind and they are transported to a new territory.

Some large spiders were scurrying along the wall and these do not build webs but hunt other spiders. I am sure there was also a few amorous males who were on the lookout for a mate. The males often carry a fly wrapped up in silk as a gift for the female. They need to be very careful as they often end up been eaten by the female.

We also found a large harvestman flattened against the wall. This is not a spider as its body is not divided into two distinct parts.

They can shed all or part of their legs to evade predators like birds. Contra to popular myths these do not grow back but I have often seen harvestmen with just five legs who manage just fine.

We spotted a few moths and these were quickly caught in a bug jar for later identification. The moths at this time of the year reflect the colours of the autumn. We caught a drab looking figure of eight moth. The wing of this moth has a distinctive white figure of eight marking and this is how the species gets its name. Its caterpillars feed on the leaves of blackthorn, hawthorn and apple and it passes the winter as an egg.

Later, during the heat of the day, I was admiring a large flower container planted by a tidy towns group. The box will still a blaze of colour and a credit to the group. A buff tailed bumblebee was busy searching for nectar among the last of the nasturtiums flowers. She was a new queen and was preparing for her long winter hibernation.

This is an important observation as it shows the important of not been too quick to tidy away flowers. Autumn was seen as the traditional time to do a clean-up of the garden. While leaves on paths need to be picked up due to been a slip hazard, nature will benefit from a few blooms been left.

The brief Indian summer was a magical time for enjoying nature both during the day and the night.