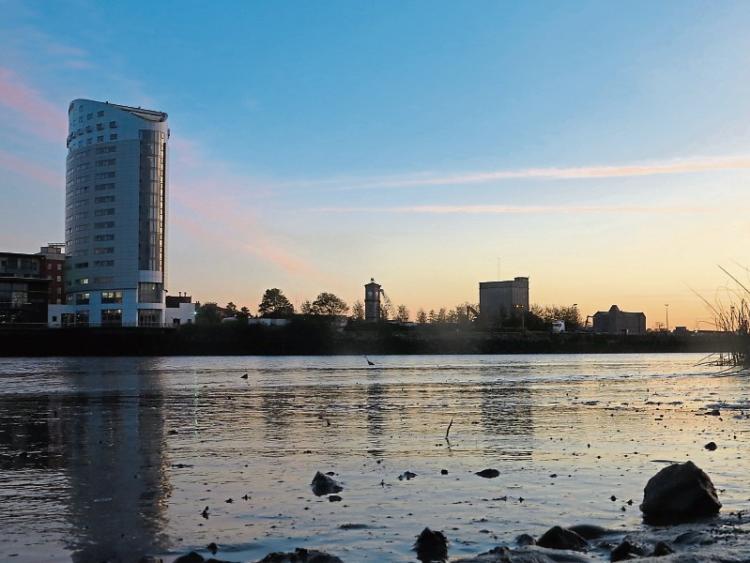 ONE of my favourite places to explore in Limerick is along O’Callaghan Strand and then follow the narrow path all the way out to Westfields.

There is always interesting wildlife to be found growing in the old stone walls, in the river, and in the mature trees.

The gaps between the massive stones on the walls are covered in plants. The pink/white daisy like flowers of the Mexican fleabane can still be out in winter. Pellitory of the wall is edible and was often grown in monasteries walls as a source of food.

The area is very well used and the plants must be very tough to survive all the trampling. Broad-leaved plantain has large flat leaves and these can take a lot of feet walking on them. You will also find them growing around the entrances to farmers fields. The seeds are edible and are packed full of protein and they also taste of mushrooms.

There are magnificent trees growing here and they are some of the finest examples found in the city. Stately limes and horsechestnut create shelter, nesting spots and food in the form of insects for countless species of birds.

Large flocks of up to a 100 feral pigeons come here to feed on scraps left by people whom like me have an interest in wildlife.

City pigeons are descended from wild costal rock doves. Some of them have their ancestors markings, of two broad bands on the body, but most are an odd mixture of colours. In among this flock two jackdaws are feeding.

A mute swan is up at the top of the ramp. We keep our distance as swans can be very aggressive when disturbed. This is especially noticeable when they have cygnets but they are been protective like any parent.

We crossed under the bridge and the tide is fully out. Gulls are dotted along the river’s edge and taking advantage of the daily bounty.

The path is narrow here and lined with trees, shrubs and flowers. Thankfully, it has not been over developed as this would take away from its natural beauty. We still need places within walking distance of the city where we can get a little mud on our shoes and have a more engaging experience with wildlife.

The hungry winter has stripped nearly all of the hawthorn berries from the branches. Thrushes like wintering migrants' redwings and fieldfares will devour these berries by the thousands.

Ivy scrambles up the trunks of the trees and it does not like to have its roots in water. There are still plenty of ivy berries for hungry birds and I often see woodpigeons feeding on the ivy.

Other species of trees are the sycamore, alder and hazel. Some of these are been slowly recycled back into soil by colourful bracket fungus growing on their trunks.

Woodland birds are common and I hear a chaffinch calling and see a troop of long tailed tits passing through the trees.

Around the base of the trees bramble forms a dense thicket and this will shortly be home to nesting birds. Ferns also thrive here in the damp shade.

Willow grows in the wetter places and I find an unusual gall on a branch. I think it is the mossy willow catkin gall but I have sent it off for positive identification.

At the grassy edge of the path a single dandelion is in flower and it might be a vital station for an early queen bumblebee. The seeds of narrow leaved plantain are eaten by small songbirds like chaffinches.

The resident mute swans are busy patrolling their territory. This is a prime habitat with lots of shelter and food and will be defended fiercely during the coming months.