OPINION: Empathy should be the quality Limerick city projects 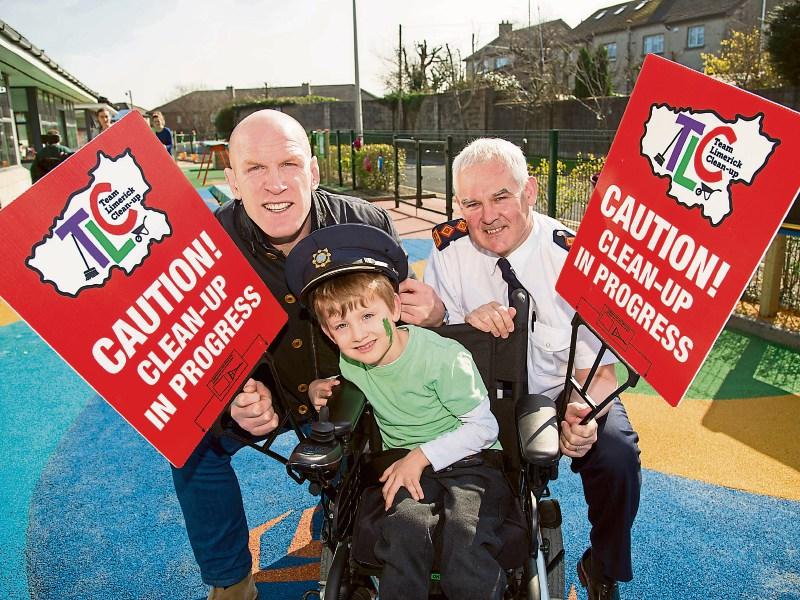 THE word ‘empathy’ is one that entered my vocabulary more and more over the course of 2016. I understood the meaning of the word but found I was using it more in various discussions.

Similarly, it was a word that I heard being used in many different contexts.

Empathy in its most simple definition means ‘the ability to understand and share the feelings of another’.

Are we entering into the ‘age of empathy’?

Has humanity reached a point where we are finally reacting against the intrusion of social media, fake news, reality TV and instant stardom into our day to day lives?

Is the growth of right wing political movements forcing many of us to revert to a time where we take other people’s situations into account?

Are we asking ourselves if the building of new walls is a good thing?

Or are we moving towards a movement where a renewed acceptance of the ‘other’ takes precedent?

These are some of the questions I have mulled over in recent weeks.

Last week we saw the inauguration of President Donald J Trump immediately followed by a movement of solidarity by women in cities across the world.

Political instability in the north of Ireland has resulted in a widespread fear of returning to the days of the troubles. Brexit is making us fear the creation of potential borders once again.

How does it fit into my Limerick column, you might ask?

This week Limerick received the UNESCO Learning City Award, an initiative that highlights the excellent work being carried out in lifelong learning.

At the same time, I had the opportunity to meet some of the team from ISAX (the Irish Smart Ageing Exchange) who are now based in Limerick.

These guys take the concept of ageing to a whole new level of inclusion  and possibility.

A week prior to that I sat in Narrative 4’s Limerick headquarters and listened to Colum McCann share the vision of this global charity – a vision that is focused solely around the word empathy.

When you look at Limerick from a certain perspective you see a very interesting trend emerging.

Out in Milford Care Centre a team of volunteers have created the Compassionate Communities initiative, focused on helping people to see death and loss as a part of life and opening up discussions around the topic of death, a topic so many of us choose to avoid.

Limerick is a designated Smart Travel city. This designation inspires us to think about how we can improve the lives, health and well-being of all our citizens, young and old.

The recent acquisition of the Purple Flag for the city inspires us to make our city that bit safer, to make our evening offering enjoyable for all and ultimately work towards helping us to develop further as an attractive tourism destination.

We have spent the last two years striving to become a recognised city of culture. Our bid for European Capital of Culture may not have been successful but what has emerged is a new focus on culture and the creative arts as a vital part of our city’s day to day life.

With the help of JP McManus and his team we have led the way when it comes to generating a movement aimed at cleaning up our communities. Team Limerick Clean-up and the Going for Gold initiative along with our Tidy Towns team are getting widespread recognition for their work.

Behind the scenes the Limerick Men’s Sheds Network aims to promote Social Inclusion among men, by supporting them into a collaborative working or learning environment.

These are safe, friendly and healthy working environments for men to learn new skills and meet new friends.

The mission of Doras Luimni supports and promote the rights of all migrants living in Limerick and the wider Mid-West region.

The team, based on O’Connell St, works to change the lives of migrants, to change legislation and to change society.

They are a leading voice of equality and respect for the human rights of migrants are social norms.

We have amazing young leaders when it comes to tackling issues such as bullying and suicide. We have embraced the Special Olympic movement to critical acclaim.

We have our own Pay It Forward Limerick group who strive to spread kindness throughout our community.

From very small beginnings they have now created the Limerick Kindness Festival as well as introducing the Kindness Flag which is presented to schools or institutions who promote very simple acts of kindness.

I haven’t mentioned the Learning Hub, the Redemptorist School of Music or the Hunt Museum’s work with the Travelling community or people suffering from dementia.

The list goes on but my point is this - Limerick has for many years been a city that has sought to find a unique new ‘brand’.

It has tagged itself a city of sport; a city of culture; a riverside city.

Perhaps it is time to forget these taglines and focus on something new and altruistic, something that has never been done before, anywhere in the world.

Limerick is now acknowledged for its future vision.

Would I be totally crazy in suggesting we ‘brand’ ourselves the world’s first Empathetic City?