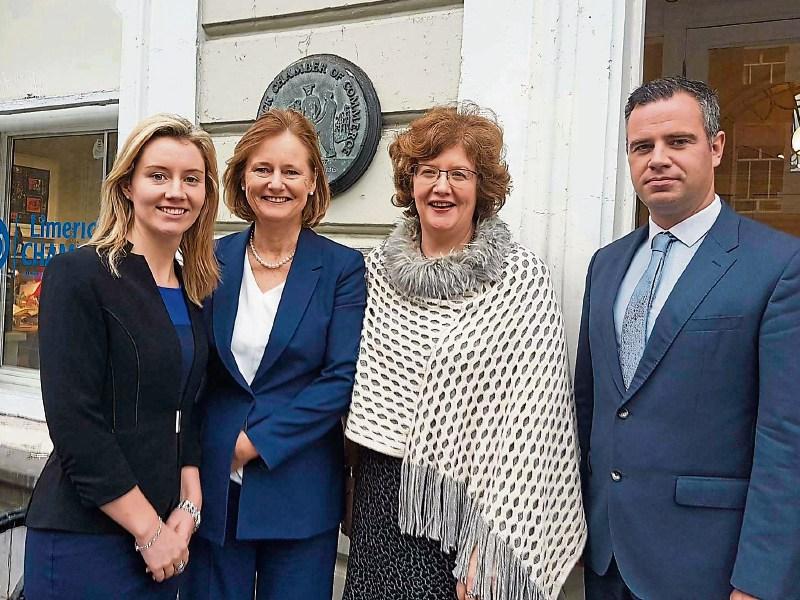 WE HAVE had Brexit. We’ve had Trump. We are witnessing the rise of the far right across Europe.

At home our economic stability is being challenged - union pay demands, a housing crisis and a government make-up unlike anything we have seen before.

Against this backdrop Limerick is witnessing a rebirth.

The Limerick 2030 Economic and Spatial Plan has given the city and county a platform for growth and development.

Investment is happening, job creation is the key focus and the new confident attitude seen across our key stakeholders is reaping rewards.

At the same time, Limerick Chamber, a key signatory of the new Limerick Charter has undergone a major facelift.

Since his appointment last year, the CEO of Limerick Chamber James Ring has dramatically changed the organisation’s structure with many new faces being appointed to the organisation.

One of these personnel additions is the new Chamber director of policy Caroline Kelleher.

“I feel that Limerick is undergoing major transformation at present,” Caroline tells me.

“In the past few years, there have been a significant number of job announcements which shows how successful Limerick has been in attracting investment and how companies want to locate here.”

Caroline  is confident the 2030 plan will see major redevelopment of key sites in Limerick City and will have significant economic impacts in the short term on construction employment for the region but also in the longer term in attracting investment to the area.

“If we are to meet the needs for future economic growth and continue to attract investment into the region, it is vital that there is sufficient capital spending in the areas of transport, housing, commercial property, water and waste water,” she says.

In particular Caroline sees the Northern Relief Road as  a vital piece of infrastructure for Limerick.

“This will allow easier access to the University of Limerick and will also open up areas of land for further development”, she adds.

Caroline has hit the ground running in her new role and already is actively seeking to influence policy.  Just recently the recommencement of planning on the M20 was announced, which had been on the Chamber’s policy agenda for some time.

She sees the transformation being seen in Limerick as something that excites her most about the new role.

One of the key priorities for Caroline and Limerick Chamber will be issues that ensure more balanced regional development for the Mid-West.

Alongside the aforementioned Northern Distributor Road, she views the M20 Limerick to Cork Motorway as a potential game changer for the region and sees the N69 road upgrade is also vital to the continued development of our Port.

Caroline commences her new role at very interesting time in the Chamber’s history. Her CV is impressive.

I wish her and the Chamber team the very best as the enter a new phase of positive economic development in Limerick and its surrounding hinterland.

Calling all you entrepreneurs

Entrepreneurs are being invited to apply for this year’s National Enterprise Awards Limerick 2017.

All applicants must be a business  trading in Limerick. Entrants must have ten or fewer employees and  submit a business plan, together with the most recent financial statements.

The five category winners will be announced at the awards ceremony which will be held in the Absolute Hotel, Limerick on Friday 10 March 2017.

All of the winners will receive a cash prize, a unique award designed by Eric O’Neill, plus mentoring from LEO Limerick and consultancy and financial advice from AIB.

The overall winner will be selected from the category winners and will receive an additional cash prize and the title of LEO Entrepreneur of the Year for 2017.

Team Limerick Clean-Up and Innovate Limerick won their respective categories and received their prizes at a gala ceremony in Dublin.

The Excellence in Local Government Awards are run by Chambers Ireland and showcase best practice in local government.

Innovate Limerick was also a big winner on the night taking the award for Promoting Economic Development.  Cork, Dun Laoghaire-Rathdown, Mayo and Offaly County Councils were the other shortlisted local authorities in this category.