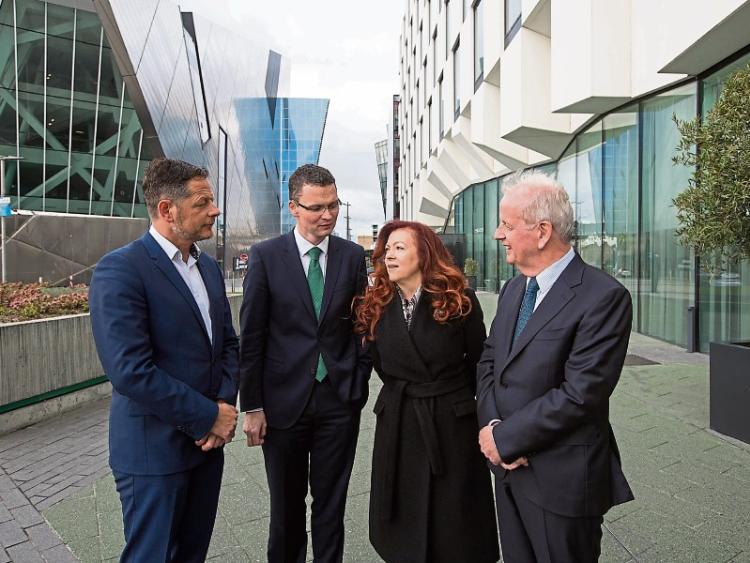 IN A recent Limerick Leader column I highlighted the importance of creating a strong Limerick message and credited the local authority for developing the new Limerick Charter and sticking to it.

A couple of things happened over the course of the past week that clearly shows how our Limerick story is being told.

RTE’s Six One news and many of the national media organisations gave great coverage to our turning on of the Christmas lights event. The festive good news story of young Neil Shanahan, the ‘miracle boy’, captured the hearts of the nation.

Neil’s story is one of defying the odds. It is a happy story and one that brought out a sense of community down here in Limerick.

In many senses Neil’s story could be used as a metaphor for how far our city has come. We faced our challenges, many had written us off but our strength and the support we have garnered across the Limerick community has allowed us to thrive once again.

Last Friday over 250 people gathered in Dublin’s Marker Hotel at the Capital Limerick event. This was a first of its kind in many ways. Limerick ex-pats gathering in a room to celebrate our city in Dublin would have been unheard of a few years ago.

The Capital Limerick event wasn’t a backslapping exercise. It was a clear demonstration of civic pride and sent a strong message to the country that Limerick now means business.

Speaking at the event Minister Patrick O’Donovan said: “Capital Limerick is about bringing Limerick professionals based in Dublin to network together and promote their homeplace. Today, we can see the emerging potential of what I am sure will be a very influential and successful group. Limerick can only benefit from such a unique endeavour”.

On Monday we saw Enda Kenny officially launch the Bernal Institute, an €86million Science and Engineering Research Institute at the University of Limerick. Bernal will recruit world leading researchers and house over 260 researchers who work in and across research themes in advanced materials, manufacturing and processing engineering and fluid dynamics.

The addition of the Bernal Institute to our education sector will give another serious credibility boost not just to Limerick but to the Mid-West as an education centre of excellence.

Last Friday night Limerick Chamber celebrated its President’s dinner. Speaking at the event the Chamber CEO James Ring highlighted the organisation’s key policy priorities and particularly spoke of the need to develop a strong region as a balance to Dublin. The fact that the Chamber has recently seen a 30% increase in membership suggests the business community is  buying into the message.

Capital Limerick, the Bernal launch and the Chamber gathering – all coming from a spirit of confidence. All coming from a desire to make Limerick and the wider region great.

As our miracle baby Neil Shanahan helped Santa to switch on our Christmas lights on Sunday evening I couldn’t help but think that our city and our region were illuminating the path to a prosperous future.

Reaching out to our diaspora

It is worth checking out the new Global Limerick website which is promoting Limerick stories to the vast network of Limerick ex pats around the globe.

The Irish diaspora of upwards of 70 million people worldwide plays an important role in Irish affairs; economic, social and cultural. Since 2015, Irish Government policy states there is also potential for local communities or counties to reach out to their own diaspora and build new relationships that will help local and regional development.

Global Limerick is one such project whose aim is to connect Limerick with its diaspora no matter where they are living. It is led by Limerick City and County Council.

The Limerick diaspora is made up from those who were born in Limerick, descendants of previous emigrants from Limerick or anyone with an affinity to Limerick, through education, work, or other interests.

The Limerick diaspora may extend up to 3.5 million  people worldwide. Check out www.globallimerick.ie.

In a speech last week in the Seanad, Senator Maria Byrne called on Fáilte Ireland to include Limerick city in the Wild Atlantic Way route before the start of the 2017 tourism season.

She also asked the Minister for Transport, Tourism and Sport to put his weight behind the proposal.

In her speech, Senator Byrne said, “I am not seeking a major change. My proposal would provide an option for visitors who would like to experience the attractions Limerick city has to offer without travelling far from the current route,” she said.

Speaking in response to her question the Junior Minister for Tourism and Sport Patrick O’Donovan said: “It is my intention over the next short period of time to examine specific initiatives that are local authority-led, supported by Fáilte Ireland and concentrated in areas that have the greatest level of immediate potential for spin-off from the Wild Atlantic Way.

“I hope to be able to make an announcement to that end shortly. I expect Senator Byrne will be pleasantly surprised by the announcement.”