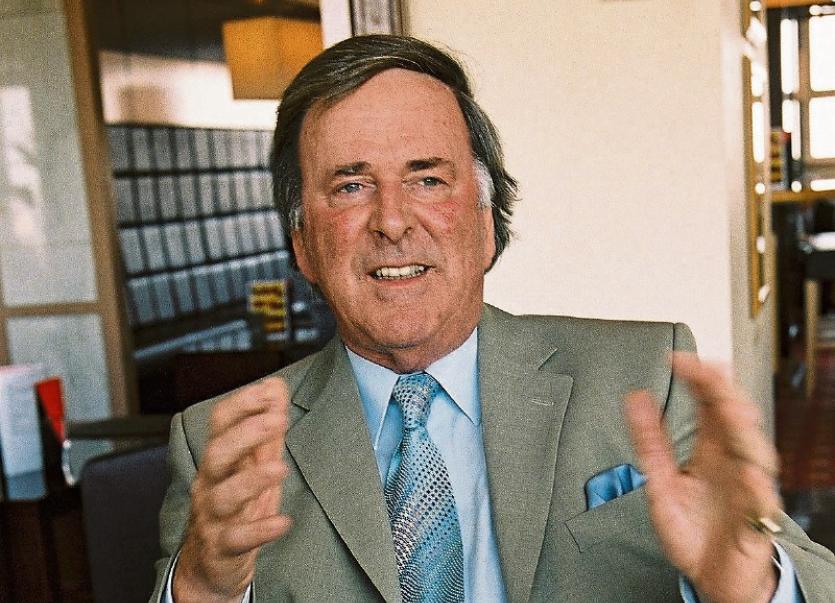 The late, great, Terry Wogan. Below, Matt Cooper and James Ring at the business conference and, below, at the opening of the Adventure: Capital exhibition

THOSE of you who may have spent some time living in London will understand the overwhelming sense of anonymity one feels in a city that size.

In a way there’s a freedom that goes with being able to get through your daily commute, or simply wander the streets, without meeting a single familiar face.

On another level there is a loneliness and niggling feeling of isolation as you perceive the scale of a city that size. Eye contact is rare.

Despite the unnatural closeness of proximity to your fellow man on a packed tube journey, personal interaction is frowned upon. Keep your head down. Read a book. Whatever you do don’t look like you are willing to engage.

These were my feelings not long after I had moved to London in 2005.

As I settled into the city one of the first and most important tasks was to become acquainted with the skills needed to cleverly manoeuvre your way across the sprawling London underground transport system. Seemingly the first accessory one must have to handle the chaos was a radio player and a good set of earphones.

It was also around this time that I discovered Terry Wogan’s breakfast show on BBC Radio 2. Wogan’s wonderfully warm speaking voice, his easy broadcasting style and his neutral but identifiable Irish accent provided a comfort in the midst of all this newness. Once the earphones were in he made you feel welcome. He spoke as if it were just you who was listening.

One morning I stood on a platform in Wood Green station. Wogan was in the midst of delivering one of his series of inimitable ‘Janet and John’ stories. As was the norm he would break down into fits of laughter as he struggled to cope with the ridiculousness of it all. I couldn’t help but be carried away by his infectious laughter.

Looking around at the hundreds of faces on the platform it was clear many were finding themselves in the same boat. Despite the fact we were strangers, those of us who were listening to Wogan felt a unique bond for that short moment. We were laughing and trying our best to conceal it for fear of being found out for being normal. The rest, those unlucky few, remained po-faced as they stared at the platform wall.

Terry Wogan was my companion during my London journey. I am certain that Terry was a companion to millions of others in a world where companionship is challenged by a societal tendancy towards solipsism. When he gave his final breakfast broadcast in December 2009 I listened along with so many others with a deep sense of sadness in my soul. The morning journeys would never be the same again.

Terry Wogan was a Limerickman who achieved so much. As he said himself, the city was good to him. I was just glad to have experienced his magic and am thankful for his company at a time when I needed it most.

Congratulations to Limerick Chamber for the organisation of Ireland’s Business Strategy Conference which was held in Thomond Park last week.

The event saw a series of thought-provoking talks and discussions on Limerick and its future as we start to see economic recovery.

The aim of business and economic conference was to identify the policies and future opportunities to maximise Ireland’s business growth potential – both nationally and regionally.

Tannenbaum focused on the blessings and curses of Ireland’s open economy and noted that Ireland has an added competitive advantage globally due to its young population and emigration policies.

The importance of realising balanced regional development and the reasons why organisations must be prepared to lead or adapt to change were also discussed. 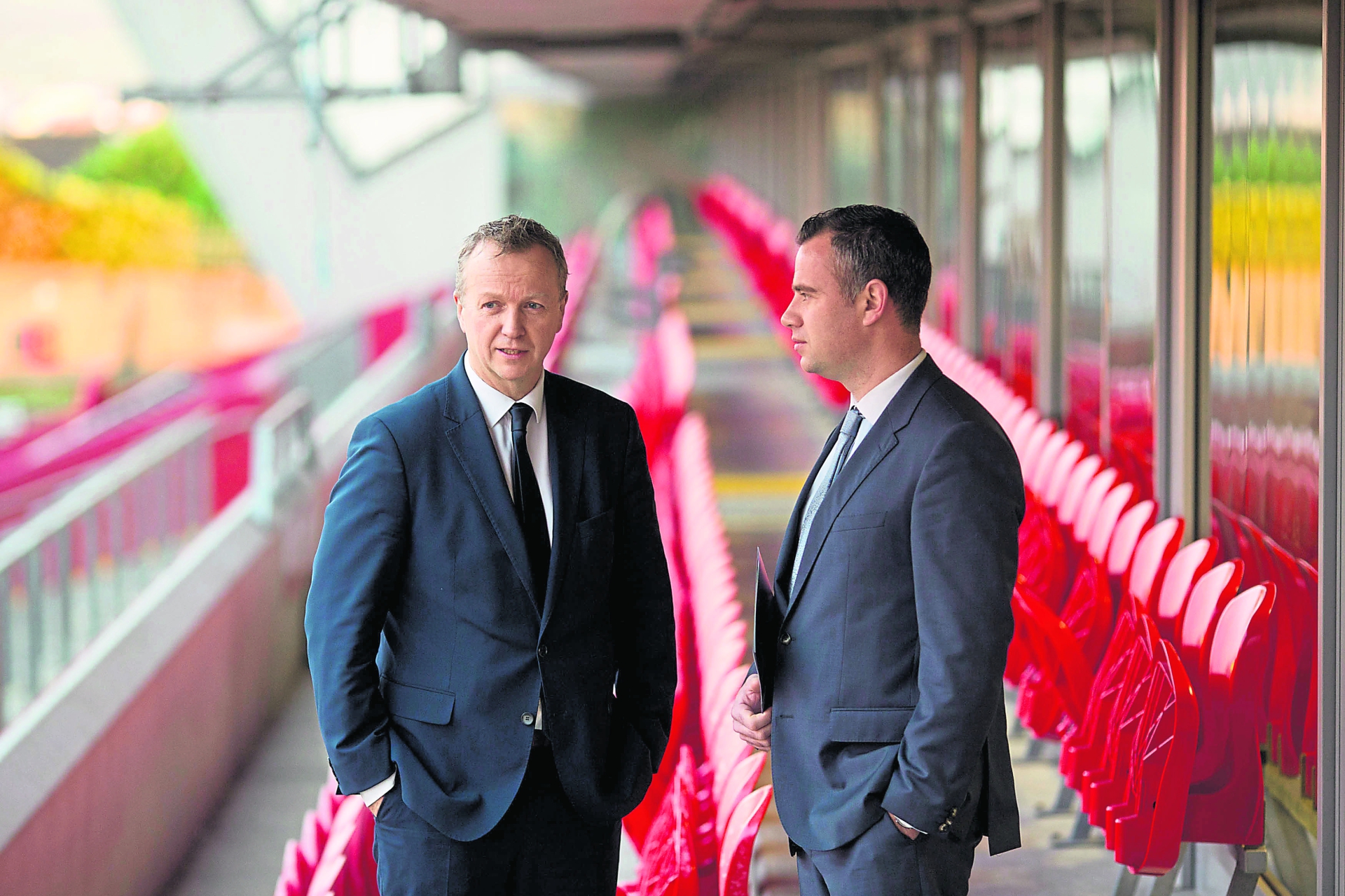 Dr James Ring, Limerick Chamber CEO, noted, “We were delighted to bring some of the top experts in business and economics together in one of the most creative cities for business in Ireland.

“The themes of the conference are very much focused on how Ireland and businesses can manage valuable assets to fuel business growth.”

Lynch shares his Adventure in the city gallery

The Irish entry into the 56th International Art Exhibition, La Biennale di Venezia - Adventure: Capital by Sean Lynch – has returned to Ireland for the launch of a celebratory national tour, as part of a major Arts Council initiative.

The exhibition is currently on show at Limerick City Gallery of Art until March.

Witnessed by over 400,000 people at the world’s most prestigious visual arts event, Adventure: Capital is Sean Lynch’s most ambitious project to date and traces a journey from myth to minimalism aroundIreland and Britain, combining Greek river gods; public art at regional airports; quarries and the art of stone-carving; an abandoned sculpture in Cork; and a traffic roundabout, on a storytelling journey that unravels notions of value and the flow of capital through an anthropological lens. 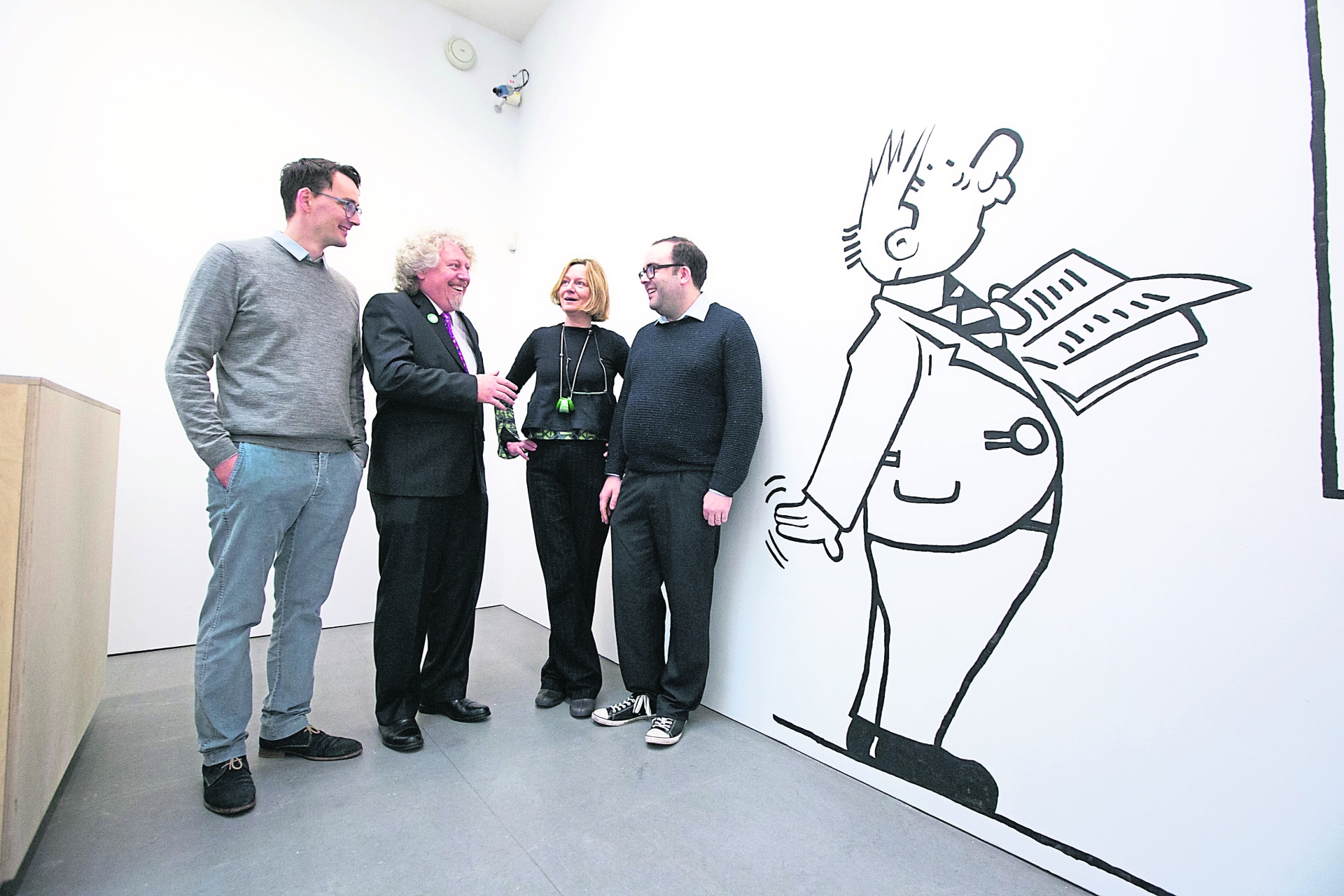