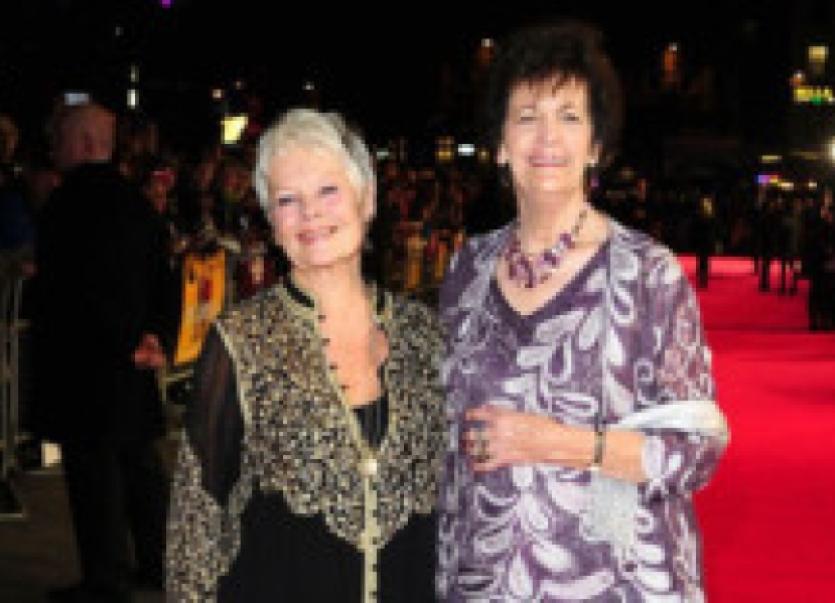 THE tragic story of a Newcastle West woman forced to give up her son for adoption, which has been turned into a film, will open in cinemas here on next Thursday, October 31.

THE tragic story of a Newcastle West woman forced to give up her son for adoption, which has been turned into a film, will open in cinemas here on next Thursday, October 31.

Philomena Lee, who is still alive and was in Newcastle West last year for a funeral, became pregnant in the early 1950’s and was forced to put up her son for adoption in 1952 when she was aged 19.

Philomena Lee’s son died in 1995 and is buried in Seán Ross Abbey, Roscrea with the inscription: “A man of two nations and many talents”.

The film, titled Philomena, directed by Stephen Frears and starring Dame Judi Dench and Steve Coogan, premiered last week in London, and a number of people from west Limerick attended.

Judi Dench, who starred in a number of James Bond movies, is now being tipped for an Oscar, so moving is her role in the movie.

Dench plays the part of Philomena Lee, who as an unmarried mother in Ireland in the 1950s, was forced to give up her son Anthony to a local convent, who sold him for adoption.

After becoming pregnant, Philomena was sent to Seán Ross Abbey in Tipperary where she raised her son Anthony for three years. She was forced to work in the convent’s laundry before he was adopted, for a price, in the US. She never saw him again despite efforts to trace him — and his desperate efforts to trace her. She never even got to say goodbye to him.

Her family members are highly respected in Newcastle West.

Philomena’s son Anthony was taken without warning by an American couple, who paid the nuns a donation.

In America Anthony, then renamed Michael Hess, went on to carve out a hugely successful career as a lawyer, serving as White House chief legal counsel under Ronald Reagan and George Bush Sr.

Michael was also homosexual, something he had to hide given his position, and spent years searching for his identity in Ireland.

He visited Seán Ross Abbey numerous times only to be told they was nothing they could do help him trace his birth mother.

Despite Philomena also searching for him at the same time, the nuns told her they could not help in her search either.

The film also stars Steve Coogan as Martin Sixsmith, the journalist who helped Lee in her search and wrote a book about her story.

The film adapts the real-life story uncovered by the former BBC News journalist, which he recounts in a book, The Lost Child of Philomena Lee.

The film won the best screenplay award at this year’s Venice Film Festival and has been critically well received.

One critic labelled the acclaim “the best reaction to a film since the first screening of The King’s Speech”.

It was, according to Dame Judi, “a harrowing story, but my emotion doesn’t come into it. You have to understand the tale and what happened to Philomena. I hope that we tell her story and that we don’t sell her short. That is my biggest fear.

“The real Philomena is an incredibly funny person. She is bright and interesting and has a wonderful sense of humour. That’s why the film has to be so comical in places too, it reflects her and her joy in her life, which she has kept despite everything that has happened to her.”