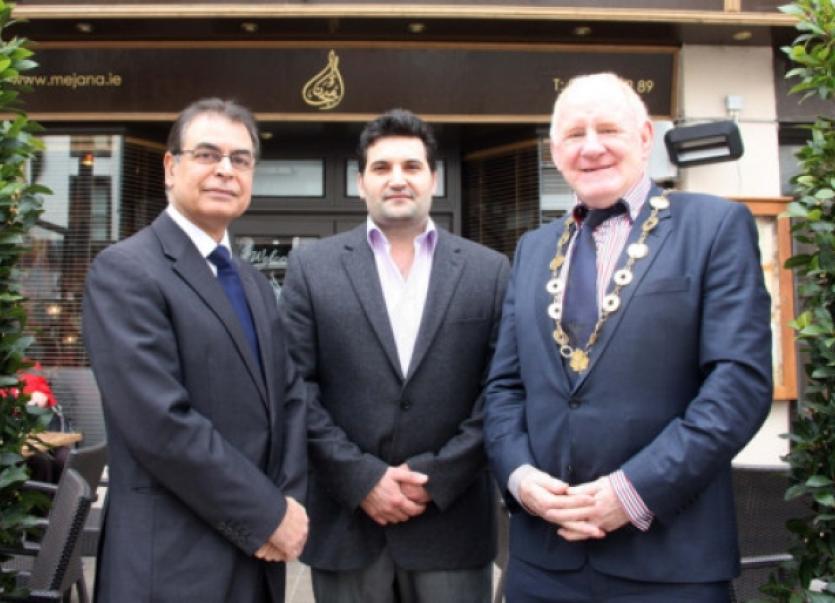 A LEBANESE film festival is on the cards as part of a twinning arrangement between Limerick and the Arabic nation.

A LEBANESE film festival is on the cards as part of a twinning arrangement between Limerick and the Arabic nation.

Mayor Gerry McLoughlin has held meetings in the city with Guy Jones, chairman of the Irish Lebanese Cultural Foundation, with a view to continuing a partnership which has stretched back to 2006.

These would be 2007 movie Caramel, which shows capital Beirut not as a war-ravaged city, but a typical city with universal issues, and 2011 film Where do we go now, which focuses on the story of an isolated Lebanese village, inhabitated by both Muslims and Christians.

Educational links are also on the cards with Mary Immaculate College and University of Limerick involved.

“There is so much which can be done. The association is there. Our formal links are very strong. We already have a cedar tree planted at City Hall,” he stated.

“It was a respite programme. It was very successful, and there was a repeat of this programme back in December 2012, just a few months ago,” Mr Jones said, “It will most likely happen again later this year.”

Mayor McLoughlin - who held the meeting at Thomas Street Lebanese restaurant Mejana - said the link is very appropriate given the fact it is the year of the Gathering.

“I am hopeful that some kind of twinning and exchange projects can come out of this discussion,” he added.

“As Mayor of the city of Limerick it gives me great pleasure as always to develop connections with other countries that is beneficial to the City of Limerick.

“A direct connection between Ireland and the Middle East has been established through trade routes and a legacy of musical connections that goes back centuries. It is with great pleasure that we welcome other cultures and nationalities to our fair city,” he added.