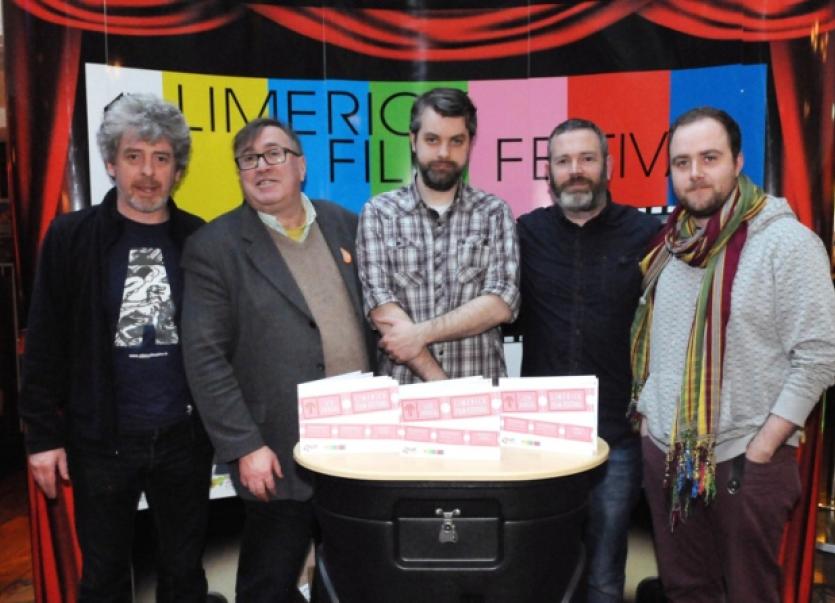 The exclusive showing - ring-fenced by tight security by Warner Bros. Pictures to prevent footage leaking online - will operate in tandem with a talk at the LIT based festival by graphic illustrator Brendan McCarthy, who co-wrote the story with George Miller that was made into a $150m film by Miller, and starring Tom Hardy.

“Brendan McCarthy coming down, co-author of the film, is certainly a big coup for us,” said festival founder and LIT lecturer Simon McGuire.

“Warner Bros. are going to be coming down with security and playing six minutes of exclusive footage from the film as well. They just confirmed that late last night - they are saying that security will be very tight in the cinema, for obvious reasons they don’t want the footage to be leaked online.

“It is six minutes of footage of one of the scenes from the film. We will be playing that and Brendan will be giving his talk on, not just the film, but his career as a graphic illustrator and all the different films he has been involved in. It is a wonderful coup to get the footage.”

This is the sixth successive year for the festival to take place and the first since it was rebranded from the LIT Film Festival during City of Culture as a Made in Limerick project.

Kevin Liddy, who hails from Limerick, will also screen his latest short, The Suffering Kind, winner of the Spirit of Cork Indie Film Festival last autumn. Irish music composer, Patrick Cassidy, whose recent work includes the soundtrack to Calvary, will also speak as part of the festival, as will Scott Smith, a high profile film colourist and online editor.

A documentary on the making of The Pigtown Fling will also screen on Saturday in LIT’s Millennium Theatre.

City of Culture funding played a huge role in stimulating both the festival and the burgeoning film industry in Limerick and McGuire says that the intention is to continue to build a festival that “everyone can be proud of”.

“All of our events are free, there is no ticketing, we rely on the help of our sponsors and the local media to get the word out,” he said.

“City of Culture gave us a huge boost by making us a Made in Limerick project and we are a legacy project for film in Limerick, in the sense that we are always going to be continuing.

“This year we had about 140 entries to the short film competition, so we narrowed it down to 34. Which isn’t huge by any means compared to other film festivals, but we still consider ourselves a very niche festival and growing in stature year on year.

“Through the Film Limerick project, we currently have the fourth of five shorts being made. It is all progressing well. This time last year there was very little being produced and now we have five shorts under our belts and we are not even half way through this year,” he added.

See www.limerickfilmfestival.net for full details on the event.