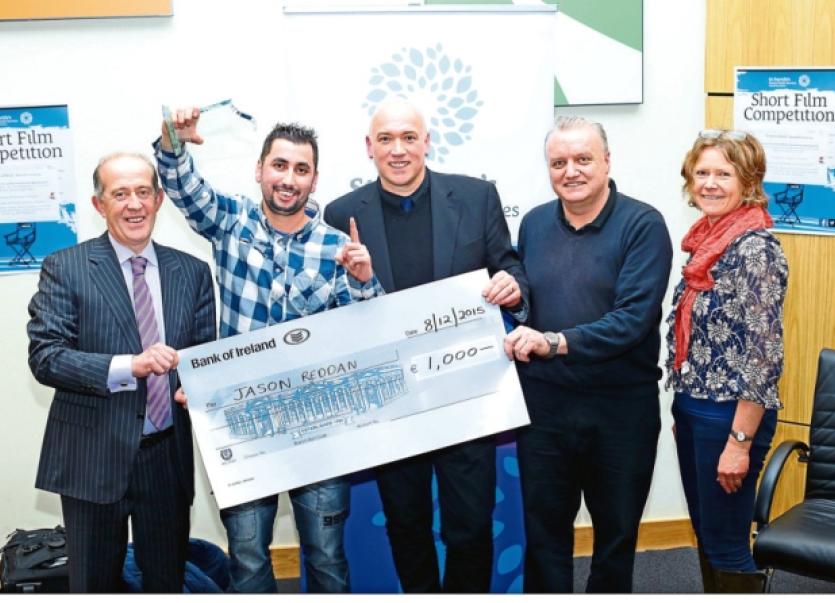 AN ASPIRING film-maker from Limerick has won a national award for shining a spotlight on mental health.

AN ASPIRING film-maker from Limerick has won a national award for shining a spotlight on mental health.

Over 50 entries were submitted to the Frame of Mind competition and a shortlist of 10 were screened and judged by a panel including Tony Tormey, of Fair City, Michael Doherty, RTE Guide, Sylvia Thompson, Irish Times and Paul Gilligan, chief executive of St Patrick’s mental health services.

Film makers were asked to produce a two to three minute short film that they believe illustrates the importance of positive mental health. First place was awarded to Jason Reddan, from Kileely, for his short-film, entitled ‘ Who Cares’, depicting the story of a teenage girl seeking support following the loss of a loved one.

Jay, as he is known locally, is a full time student and amateur film maker at Mary Immaculate College, and said when he saw the poster in college he knew he had to enter, as he believes that raising awareness of mental health issues is hugely important.

He wished to dedicate his award to his brother who passed away 14 months ago and who still inspires him.

“I dedicate all my work in his positive, happy go lucky personality and his memory. I put my heart into the film because I know that everybody in life struggles at times, no matter who they are or where they are from.

“The message in Who Cares is that self help, reading can help people understand why they feel the way they do in times of despair,” he added.