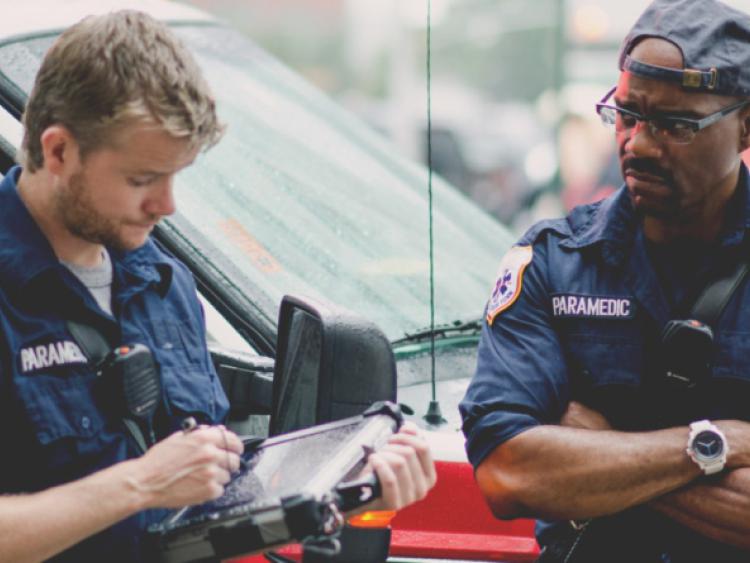 LOCAL filmmaker and screenwriter Peter McNamara will bring a touch of Limerick to the streets of New York City with his latest project, Narcan, this summer.

LOCAL filmmaker and screenwriter Peter McNamara will bring a touch of Limerick to the streets of New York City with his latest project, Narcan, this summer.

McNamara, 34, who wrote one of three projects as part of the City of Culture film trilogy - Day Off - has assembled a local and global cast and crew for this film, which tells the story of a struggling Irish paramedic in New York.

The short film - which is now at pre-production stage - needs $15,000 (€13,500) to fund entries into festivals and to assist the post-production phase.

This is why, he said, Narcan has set-up a crowdfunding web page to allow people to donate to the project.

The film features a renowned cast, which includes Limerickmen Peter Halpin and Malachy McCourt, Shiek Mahmud-Bey - who was in Buffalo Soldier, Flawless and Night Falls in Manhattan and Louis Martinez who has been featured in Law & Order, Orange is the New Black and Ruya Koman. The cast also includes up-and-coming actors, Laura O’Shea and Harris McNamara.

Though the film is expected to see the light this summer, the Limerick writer said the project had been shelved since 1999, when it was first conceptualised when he worked in a New York bar.

“I met a paramedic, and his name was Sean. He was from Westmeath and he came into the bar everyday and he told me about everything that he would be up to. The story was written and was left there on pages and bits and pieces ever since.

“It’s about an Irish paramedic in New York. It’s set in one day, from sunrise to sundown. It’s pretty subtextual; it’s not really about him being a paramedic. It’s about family struggles and underlying difficulties he has with the job, with his wife and with his kid.

“And obviously stuff happen during the day, the fairly serious stuff as well of being the paramedic. It’s pretty much a story about a guy being torn between losing his wife and son and saving lives, and he has got to make a choice and a decision,” he said.

McNamara told the Limerick Leader this week that he finds it “ironic” that he was selected to write for the City of Culture film project and was able to assemble Narcan’s cast and crew, as he never went to secondary school.

“I have never done a Junior Cert or Leaving Cert. I spent most of my time as a teenager in youth centres or sweeping floors in manual labour jobs. You have a place and you are a put in it, and unless you want to come out of there, you stay there forever.

“I wasn’t happy to sweep floors and I am not happy to work in a manual labour job. I want something better for me and my family. I have three young boys who look up to me, so I decided to go back to college at 32.”

He thanked writer Gerry Stembridge for mentoring him and teaching him about story structures and themes, during his work on Day Off.

“Before I met Gerry, my script was raw and visceral and pretty much the way I am and the way I speak. And working with Gerry and working on my own helped to craft the proper script, and I think that Narcan is the best script that I have written so far.”

Peter, originally from Prospect, said he would like to bring Limerick film back to New York someday.

“I love Limerick, I am proud of where I am from, and the people where I live are great. I want a representation of that to be seen on screen. And the fact that the main body of the cast and crew are from Limerick is kind of a hook. I think it’s amazing.

“If we get what we want in terms of money and go-aheads in terms of a feature, I would love to bring everyone back again. I would like to see Limerick people help Limerick people. We are working 16-hour days to see this happen. And it’s all for the art of film and to make a beautiful film,” he said.

For those who would like to donate to the Limerick film, see Indiegogo.com.