A terrible beauty is born on screen with 1916 movie 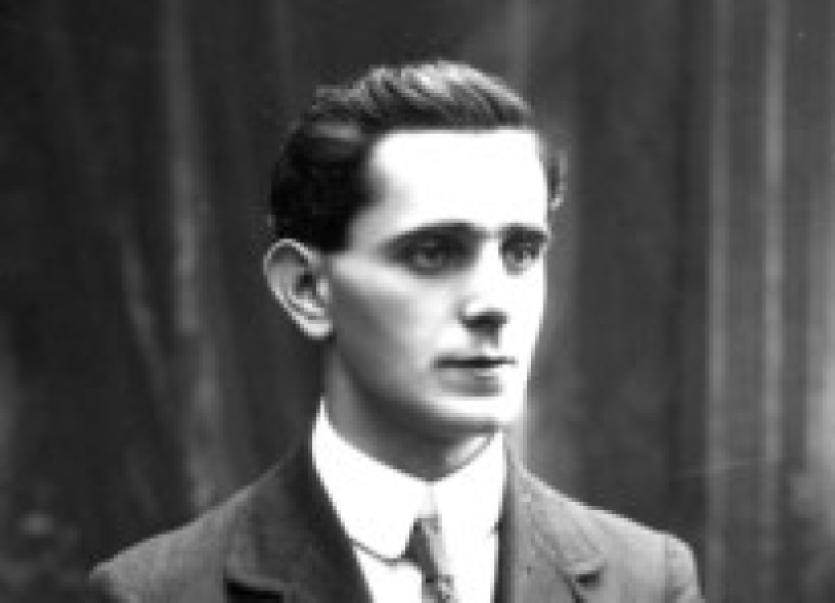 A MOVIE telling the story of the Easter Rising - and focused on Sean Mac Diarmada in particular - is due to hit the big screen in time for the 100th anniversary in 2016.

A MOVIE telling the story of the Easter Rising - and focused on Sean Mac Diarmada in particular - is due to hit the big screen in time for the 100th anniversary in 2016.

Ned Daly, at 25, was the youngest of the rebels to be executed and his sister Kathleen, a freewoman of Limerick, was married to Tom Clarke, one of the seven signatories of the 1916 Proclamation.

“Ned Daly will be featured and also (the old Limerick Fenian) John Daly. The Dalys are an extremely important family in 1916. Daly’s influence on Tom Clarke was hugely significant. The Dalys are central to 1916 as is Limerick. There were 2,000 British troops in Limerick that week,” said Mr McCann.

There may also be smaller roles for Con Colbert, from Athea, and Sean Heuston, who worked as a rail clerk in Limerick, in the movie.

Mr McCann, from Cavan, is an award-winning documentary maker and The Rising, which is the working title of the 1916 movie, has a budget of $6 million.

It is looking for the support of the Irish Film Board, having already secured backing from its equivalent in the north, Northern Ireland Screen.

Mr McCann spent a number of months raising funds from private sources in the United States and those interested in bringing the story of 1916 to the big screen can also make donations online at www.therising.ie.

Actors being mentioned as potential rebel leaders include John Hurt, Brendan Gleeson and Shia LaBeouf but casting will not be finalised until next month.

While Connolly and Pearse’s surviving writings have ensured they are the best remembered of the leaders, Mac Diarmada is a lesser known figure.

Mr McCann himself admitted to knowing little of the Leitrim man, despite coming from a neighbouring county.

“Pearse and Connolly, rightfully, are remembered as very important leaders of the Rising but if I was to take for example the words of Liam Gaynor, a volunteer from Limerick, he described Sean Mac Diarmada as ‘the mind of the revolution’,” said Mr McCann.

“The main idea is to produce a work that tells the story of 1916 in a motion picture for the first time, something we can all be informed by - all of us on the island north and south and people in Britain as well.”