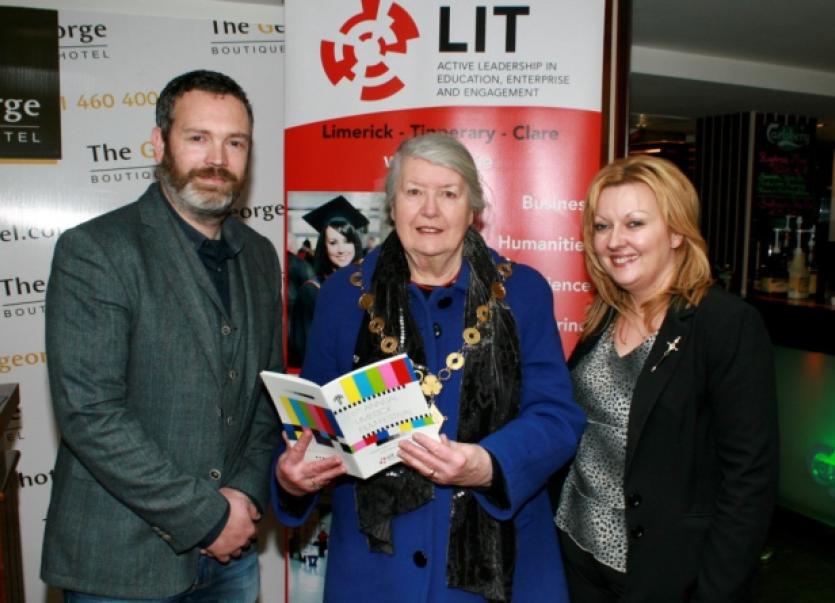 THE upcoming Limerick Film Festival can help to put the city ‘on the map’ as a filming location for the industry, according to the organisers of the event.

THE upcoming Limerick Film Festival can help to put the city ‘on the map’ as a filming location for the industry, according to the organisers of the event.

The festival, formerly the LIT Film Festival, enters its fifth year this April, and has been re-branded and restyled to reflect an increase in impetus.

The brainchild of LIT lecturer Simon McGuire, it already boasts over 90 entries for the short film component of the festival from around the world, while key industry professionals will visit the city to give talks and workshops to aspiring film makers.

“Limerick has so many locations to film and they have not been utilised yet,” explained festival director Simon at the launch this Monday in the George Boutique Hotel.

“The whole idea is to bring these people into Limerick and say have a look around while you are here, because there are some great sites,” he added.

The festival, taking place across several city venues for the first time, takes place from April 10-12, with a new focus on the city at its heart.

“We didn’t want to just change the name of the festival, but also to move it into the city and allow Limerick to absorb it and call it one of its own,” explained Simon.

“Year five was always our change year, our maturity year. In the first four years we were looking to develop something for Limerick as regards a professional film festival, in association with LIT.

“As big as the Dublin Jameson, the Galway Film Fleadh, the Cork Corona and the rest are, Limerick should have its own film festival of a similar standard, that is constantly growing each year and bringing in professionals from around the country and abroad.”

These professionals include Rob Cawley, writer of the critically acclaimed series Amber, Nathan Nugent, editor and IFTA award winner for What Richard Did, who has just finished work on Lenny Abrahamson’s upcoming feature Frank, while there will also be a Limerick premiere of The Missing Scarf, long-listed for an Academy Award and produced by local man Jamie Hogan.

Simon said there is “something for everyone” and added that his hope for the festival is that it will “take on its own persona”.

“All the other festivals have their own niche markets, but we hope to keep that technical aspect, to inform people how to make films, rather than just having a series of screenings, so that there is more interactivity with the filmmakers.

“We want people to meet, shake hands, talk face to face and to be inspired, that is the main thing, by people with Limerick connections who have gone on to great things,” he added.