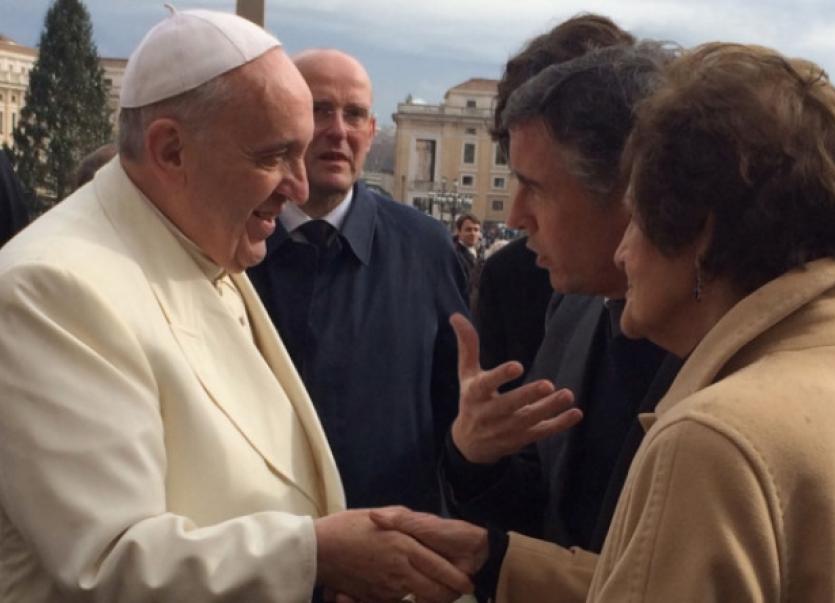 NEWCASTLE West woman Philomena Lee has said she is “honoured and delighted” to have met Pope Francis.

NEWCASTLE West woman Philomena Lee has said she is “honoured and delighted” to have met Pope Francis.

Ms Lee is campaigning to have Ireland’s adoption laws re-examined and travelled to Rome with actor Steve Coogan, at the Vatican’s instigation.

“I hope and believe that his Holiness Pope Francis joins me in the fight to help the thousands of mothers and children who need closure on their own stories,” said the 80 year old after the meeting.

“I am honoured and delighted to have been in the presence of Pope Francis. As the film portrays, I have always put great faith in the church and the good will to put the wrongs of the past right,” she added.

The film, directed by Stephen Frears and starring Judi Dench and Coogan, has drawn plaudits worldwide for telling a dramatised version of the Limerick’s woman search for her son along with former BBC journalist Martin Sixsmith, played by the Alan Partridge star, who also co-wrote the screenplay.

The 80-year-old was forced to put her son Anthony up for adoption in 1952 when she was just 19, after raising him for three years in the Seán Ross Abbey in Tipperary.

Speaking after the meeting with the Pope - and a screening of the movie for his personal secretary - Ms Lee said she felt a “sense of relief” at relinquishing the guilt felt at having a baby out of wedlock.

“You were made to feel so bad about having a baby out of wedlock,” she said. “I’ve carried the guilt inside for years, without telling anybody. So I had such a sense of relief that I had been forgiven,” she added.

The film, which has made more than €30m worldwide, is a 10/1 shot with Paddy Power to win best adapted screenplay in the upcoming Academy Awards.