Short film shot in Limerick makes it to movie festival 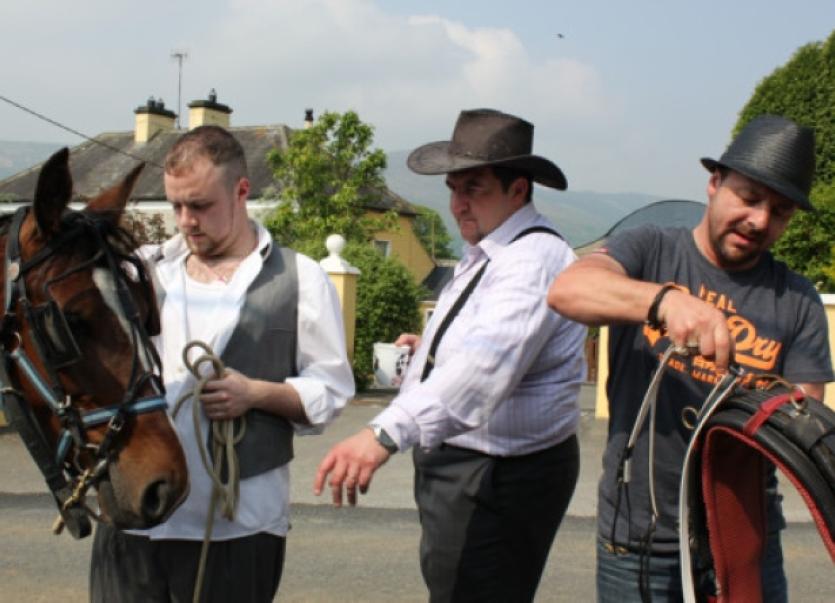 A SHORT film which was shot entirely on location in Limerick is to be screened at the 2013 Fingal Film Festival.

A SHORT film which was shot entirely on location in Limerick is to be screened at the 2013 Fingal Film Festival.

Codenamed ‘Vanner’, the film follows the return of Francie Flanagan back to his halting site in Co Limerick after a tragic event at a fair.

It is the story of the fallout from an unexpected start to married life for Francie.

When his young bride returns, they struggle to deal with the anger and disappointment they both feel.

The film looks at loss and love in the traditional traveller movement.

The director of photography was David Qualter from Tree Light Pictures.

The cast includes Aidan Crowe, of Game of Thrones, Emma O’Grady, who featured in Mephisto and Margie Nagle.

In a further local connection, the music was composed by Patrick O’Brien from Limerick band Windings.

Speaking about the film, producer Maeve said: “Vanner was filmed in Co Limerick last May and has since had its World premiere at The Chicago Irish Film Festival 2013. There is a very enthusiastic and motivated creative team at the Fingal Film Festival and we are thrilled that Vanner will have its Irish premiere there.”

The Fingal Film festival takes place between Thursday, May 8 and Saturday, May 10.

Speaking about the films at the festival, creative director Dave Byrne said: “The finalist films selected from the schedule are incredible, we had three times the amount of films submitted last year and the shortlisting has been very tough. We are happy with the final selection and believe there is something for everyone in this year’s schedule.”

For more information on the festival, visit fingalfilmfest.com.