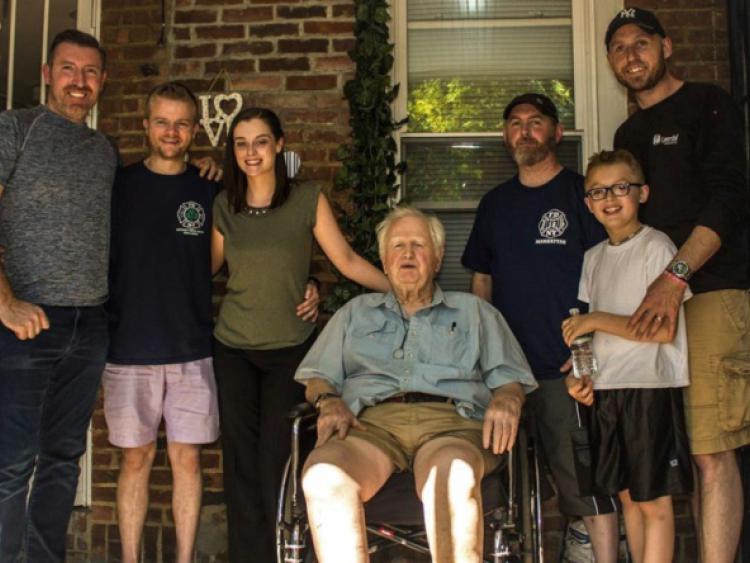 AFTER “an amazing” 30 days in Manhattan, the Limerick cast and crew of upcoming movie Narcan have returned home after finishing the final stages of filming.

AFTER “an amazing” 30 days in Manhattan, the Limerick cast and crew of upcoming movie Narcan have returned home after finishing the final stages of filming.

The brainchild of Norwood Park resident Peter McNamara — who was recently involved in the scripting of the Limerick City of Culture film trilogy — Narcan tells the story of an Irish paramedic in New York City and the struggles between his family life and the difficulties he has with his job.

According to Mr McNamara, since the beginning of production, the Irish film has caught the attention of the New York Irish Center and have offered to screen its premiere. He added that the cast and crew have also made “great connections”.

Though there was 11 busy days of filming, McNamara said that a lot of the hard work was focused on the paperwork and preparation for the film, two and a half weeks before Harris and Laura landed in the States.

“When we landed, we had three days of prep. We had to break down the script in terms of location and go and start blocking out the locations. We had an 11-day shoot, and we were there for almost 30 days. But every day that we were there, it was crazy. It was paperwork, organisation, and it was outrageous.

The film set had FDNY (fire service) and NYPD (police) consultants at their side, as well as an ambulance vehicle, which they had to collect and return every day, in Brooklyn.

Filmed next to the World Trade Centre, in Manhattan’s East Village and all around New York, the filmmaker said that his Limerick recruits “nailed” their performances.

“Everyone that we have attracted is of a high standard. You could be worried for someone like Harris, or Laura coming in, but I wasn’t. I wrote this film and I have been working with these lads for the last three years, and I knew they were capable of doing what they did.

“My son, he’s a trooper. He did everything that he needed to do that day [he landed]. He hit every mark, he wasn’t tired, he was just buzzing to be around the crew. And Laura was immense — beautiful. She’s a great actor,” he said.

The film, which is expected to be more than 30 minutes long, was first conceptualised and written in 1999, while Peter McNamara worked in a bar in New York.

“I met a paramedic, and his name was Sean. He was from Westmeath and he came into the bar everyday and he told me about everything that he would be up to. The story was written and was left there on pages and bits and pieces ever since.”

He said that he is currently in the process of acquiring his O-1 artist visa, in order to return to the States to pursue his film career, adding that his New York experience gave him “the appetite for what’s to come”.

He said the “unbelievably beautiful” footage is now in post-production.