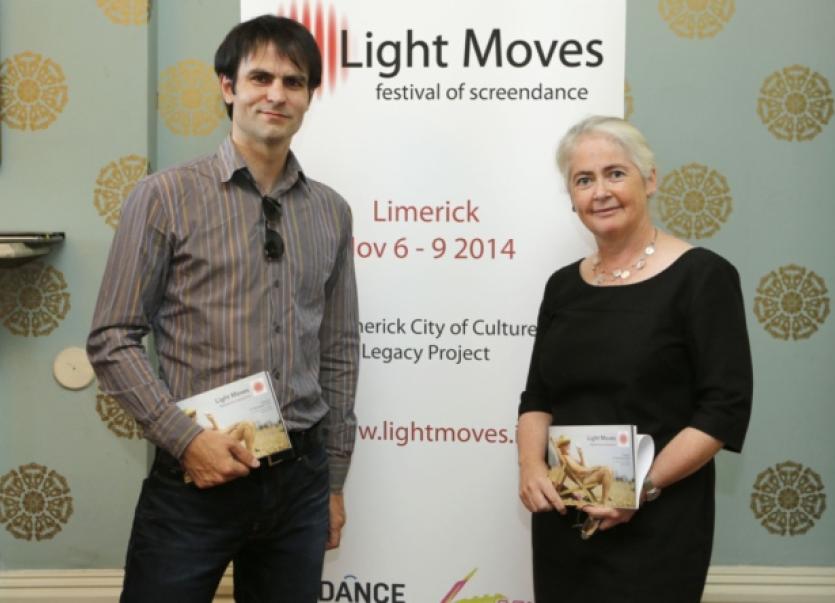 FILMS from 18 different countries will be screened at a unique new festival taking place in Limerick this weekend.

FILMS from 18 different countries will be screened at a unique new festival taking place in Limerick this weekend.

Light Moves, produced by Dance Limerick in collaboration with UL and backed by City of Culture, runs from Thursday to Sunday and features a diverse programme of film, dedicated to the art of ‘screendance’.

Jurgen Simpson, composer, performer and lecturer based in UL, is producing Light Moves along with colleague Mary Wycherley and Jenny Traynor of Dance Limerick and explains that “Screendance is the name given to films where the movement of people or even the world around us is the main focus of a film or video.

“Often that focus is on dance, which can be ballet, hip hop, traditional or contemporary. Sometimes the movement is simply the funny things that people do out and about.

“Light Moves presents all of these different types, from comedy to documentary and with works from both the local Limerick community to large scale international projects.”

The programme includes short films, installations and documentaries, in addition to a series of curated films designed to “entertain, provoke and invite discussion”.

It will feature over 60 works from 18 countries as well as labs, workshops and installations.

“Many international directors and choreographers are making the journey to Limerick and we are presenting films from 18 different countries,” says Jurgen.

“Limerick is ideally placed to make this festival a reality especially through the collaboration between Dance Limerick and the two University partners, Digital Media and Arts Research Centre and the Irish World Academy.

“Many students have studied screendance making over the past seven years so there really is a strong screendance scene here already. Hopefully Light Moves will provide an opportunity for new audiences to get a taste for screendance as well as bringing together many of those who already have a passion for it.”

The festival will screen over 50 hours of choreography and movement for camera. There will also be screenings of Playtime, directed by Jacques Tati, an Irish premiere, and Alexander Sokurov’s masterpiece Russian Ark, plus family screenings of Disney’s Fantasia and Mad Hot Ballroom. See www.lightmoves.ie.