Limerick people celebrating Christmas at home and away 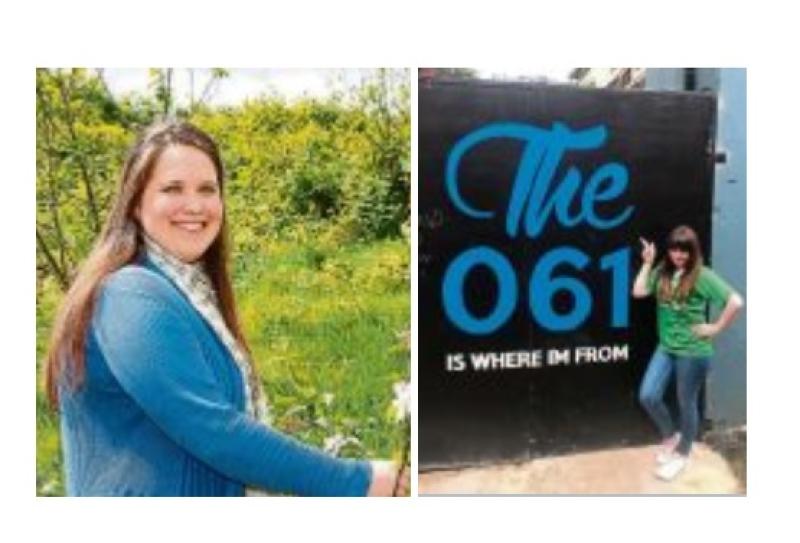 ON Tuesday morning Theresa Storey tweeted: “Have called my three children and told them not to come home for Christmas. My heart is broken but it’s the right thing to do for us.”

Ms Storey, owner of The Green Apron artisan, preserve and tea company, said she decided to share it for anybody else who was thinking, “Should I or shouldn't I?”

“I just put it out there and go, ‘Look, I’ve done it’. We had to do it. Some people are going to say ‘Oh preachy, preachy’ but they can take it as they want. This is real life. My children have always been home for Christmas so it will be a very different one,” said Theresa, who is married to Mike.

Their children - Alex, 26, Bella, 23 and Athene, 20 - all had their tickets booked to come home to Ballingarry. Alex and Bella are in Dublin while Athene is in Cork.

Ms Storey said the increasing numbers were a big factor in the decision. If it was summer numbers she would have had them home. Alex, Bella and Athene were very accepting and supportive. The fact two are working around the clock in retail and one was a close contact of a friend they met outside made the decision easier.

“I called them today (Monday) and I said are you 100% sure you are Covid free and willing to risk your dad and your granny’s lives. We have a Finnish supper on Christmas Eve, a big breakfast on Christmas morning. We would all be piled on top of each other and we can’t be doing that.

“The only reason we were willing to risk it is because it is Christmas and it is stupid to risk it. We are so close to a vaccine and being able to go back to normal. Simon Harris said on the radio the other day if it seems like a normal Christmas you are not doing it right. I had a think about how I was trying to make it as normal as possible for the kids and for us and I said we can’t. Let’s make Easter, Christmas and have a big event,” said Ms Storey.

The decision was made all the more difficult as she has only seen Alex and Bella once since February and Athene a couple of times in Charleville.

“Thank God for Zoom so at least I can see them on Christmas Day,” said Ms Storey.

EIMEAR O’Mahony and her sons Seánie and Roy got their Christmas present early - a trip home to Limerick.

The RTÉ producer and stand up comedian spent the weekend visiting mother and father Tim and Clem; sister Niamh and her family out on the Ennis Road. It is the first time Eimear has been home with her 11 and 8-year-old boys since July.

“I decided to stay in a local hotel to minimise risk and plus this could be the only getaway I have with my two sons for a long time the way things are going! Always nice to get a breakfast handed up to you! It’s been an odd one obviously as I’ve been wearing a mask indoors the whole time when I’ve visited them in their houses. I think it’s the only way to do it this year,” said Eimear.

Limerick is still very much “home” even though she has been in Dublin since 2003.

“Covid has definitely made me appreciate going home more as you really never know when you’ll be back down again! We watched Angela’s Wish on Netflix before we came down so I brought the lads on a bit of a tour around by St Joseph’s Church and the People’s Park. I told my sons to soak it up... They might be Dubs by birth but I need to keep the Limerick blood flowing in them. We’ve had two trips down this year and sure look, we were lucky we had that!” said Eimear.

They will be spending a very quiet Christmas in Dublin.

“We’ll probably Zoom my sister in Sweden for a virtual Christmas drink and that will be the height of the excitement! Ordinarily we’d come down again after Christmas but we’ll leave it this year! Sure who knows when we’ll be down again!” said Eimear.

Mairead pragmatic despite being away for Christmas

CROOM’s Mairead Quirke will not be returning home for Christmas for the first time since she moved to Britain.

Mairead, who works for top London financier Goldman Sachs, decided, alongside her husband, Mayo man Pat Feerick, in early November she wouldn’t be jumping on a flight from Gatwick to Ireland.

Despite missing out on a first Christmas at home since 2004, Mairead is pragmatic.

She said: “I will be fine, we’re not going to starve, we’ve food in the fridge. I’m more upset for students who cannot travel. Those who had plans to travel and now they can’t. That’s tough. We have each other, we’ve a roof over our head, and to me, that is fine.”

Asked what she will miss most about Limerick at Christmas, Mairead said without hesitation: “My mammy’s dinner! And my nieces. I adore them. I love them to bits. Christmas morning for the last few years, they used to run up to me, and ask what Santa was bringing. We’ve had them at Mass the last few years, and they’ve been hilarious!”

Mairead would often take part in her home parish’s 24-hour fast on Christmas Eve, and said it is a wonderful opportunity to meet people she might not have seen for a year.

For her, Easter could be the new Christmas, with hope of a trip home at the start of April.​

One man who has returned to Limerick for Christmas is Anthony O’Brien, whose family home is on the city’s southside.

He is employed in telephone customer service in Cork, and since he’s been able to work remotely, he’s taken advantage and returned to be with his father and brother.

“I didn’t take coming back here lightly. I’m here for a long period, and it’s my first time back here in a while,” he said.

”It’s important for me to be around people I know better, a very small amount of friends and mostly family,” he told the Limerick Leader.

He admits it is “a bit of a relief” to be able to come back home – sharing a house with three others on top of each other for months is bound to take its toll.

Anthony was last back in Limerick in July, and at that time, considered returning home permanently.

But at that time, he felt there was still a chance he could return to office employment, and wanted to keep hold of his room on Lee-side, given how hard it still is to find rented accommodation.