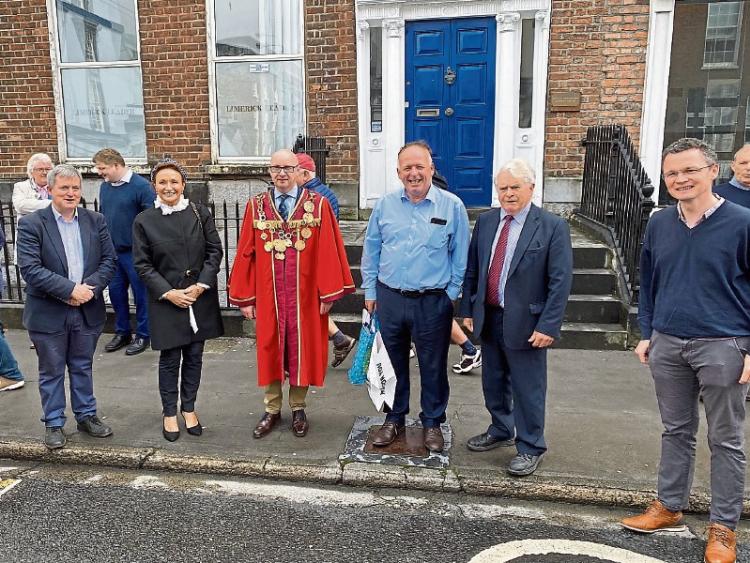 THROUGHOUT my working life the Limerick Leader has always been there when it came to press launches and events.

Over all the years there was always one person that was always at the other end of the phone, and that was of course the wonderful Eugene Phelan.

About 11 years ago, as one used to do in Limerick of a Friday night after work, we headed to the White House Bar.

On many occasions I would bump into Eugene and this particular evening he asked me to start writing a column on 'out and about' in Limerick or wherever, for the Leader.

Two things came into my mind. First of all, who would I talk about? And secondly, obviously I'm not a journalist. I'll always remember his response "you can talk can't you? And we'll get through the rest of it together".

It was something I would never have thought I was capable of but over a decade later I'm still writing my weekly column and thoroughly enjoying it.

As I say goodbye to a good friend and colleague, I wish Eugene the very best in his retirement.

So, Mr Phelan, I will miss you and let's hope we can have a drink soon again when the world gets back to normal!

In memory of Maureen

ON another note, I am so looking forward to August 17 as the Flying Boat Museum in Foynes will honour Maureen O'Hara's memory with a special event.

She was one of the world’s most beautiful film stars and Ireland's first Hollywood superstar, and was years ahead of her time. I'm sure everyone has seen 'The Quiet Man' at this stage. She was an amazing woman with 60 movies in a career that spanned eight decades. Another one of her great classics which is shown annually around Christmas time is Miracle on 34th street which was made in 1947.

So for more information on this unique and fantastic event that is taking place, have a look on www.foynesflyingboatmuseum.com