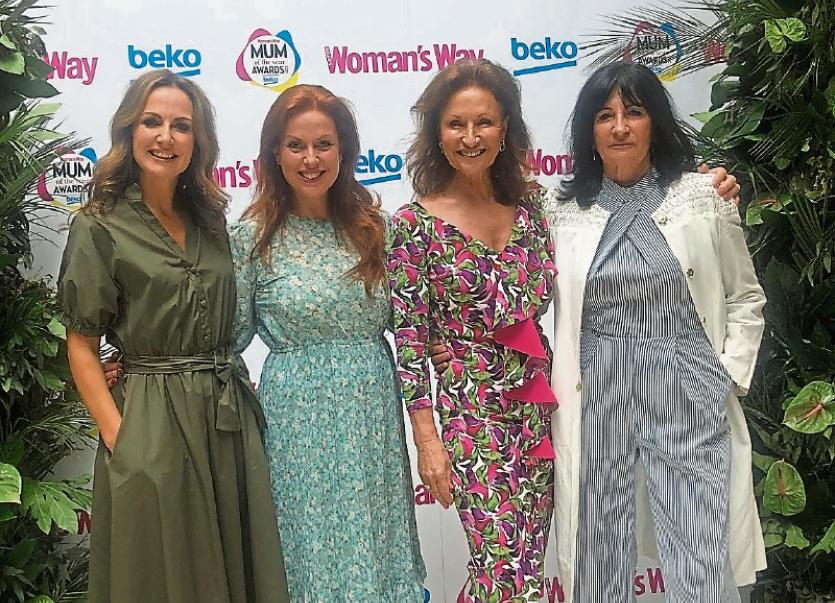 I WAS thrilled to be back in Dublin for The Woman’s Way and Beko Mum of the Year Awards which were announced last Monday at a special lunch at the Radisson Blu Hotel. Legendary broadcaster and TV presenter Gloria Hunniford arrived in Dublin to accept the prestigious Icon 2019 award, in recognition of her outstanding career and achievements.

I met Gloria approximately 35 years ago in Belfast when I was involved with Co-operation North for a fashion extravaganza in Belfast. Kathleen Watkins was also recognised with the overall Celebrity Mum of the Year accolade. I was delighted when I heard Josie Ahern, aged 80 from County Limerick had won the local hero award. The mum-of-five has been looking after both young and old in her community for many years. There has been no job too big or too small for Josie to undertake and she has also raised thousands of euros for her community. Well done Josie!

I ALSO enjoyed chatting to Lorraine Keane and her glamorous mum Nuala. Lorraine will be judging best dressed at the Dubai Duty Free Irish Derby at the Curragh this weekend.

It was my first time chatting to Clelia Murphy since her fantastic performance in Dancing with the Stars. She told me it was one of her best experiences and added "if you’re ever asked to do it, go for it!" (I won't be holding my breath on that one.)