My Week: Shining a spotlight on Limerick 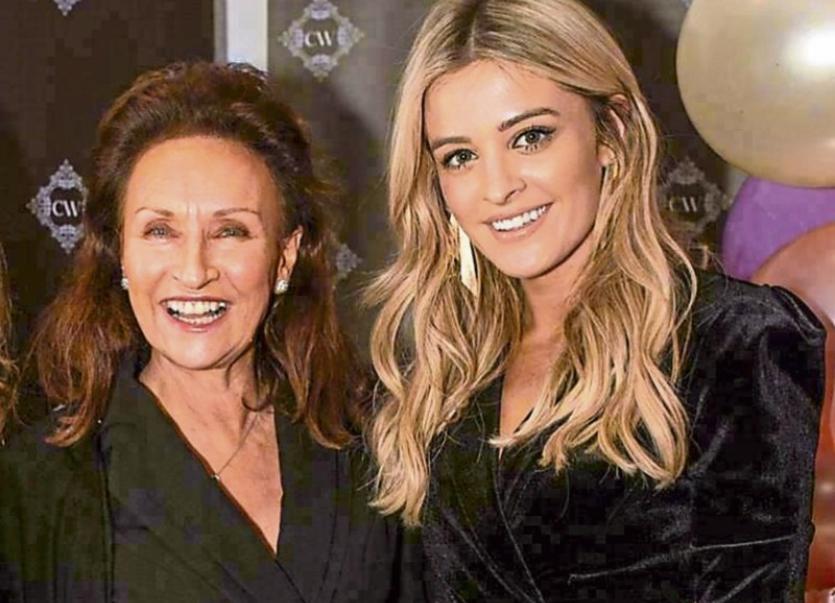 The country’s top influencer from limerick , Louise Cooney and I

Through the decades some of the Holman Lee models have achieved so, so much.

I am so proud of all of them but there’s one particular lady at the moment who is really flying the flag for Limerick and that’s the incredible Louise Cooney, one of Ireland’s top influencers with over 130K followers which is absolutely phenomenal.

Louise is taking her fabulous “feel good fashion night” around the country and she’ll be joining all of us in Limerick on March 15 in the Strand Hotel at 7pm.

I know it will be a super night as we were part of her Dublin event which was jam-packed and a huge success. She has some great guests attending such as the fantastic makeup artist Aideen Kate Murphy and our own fabulous fitness guru Leanne Moore.

The fashion show will be super and so will the goodie bags on the night.

Head onto Eventbrite for your tickets and we wish her the very best of luck.

On another note I headed to Cork to the RTÉ Today Show with Daithí and Maura. I was asked to appear with my good friend Noel Cunningham who you all will know from Ireland AM as he presents all of the showbiz gossip.

On the show we discussed aging and feeling as healthy and as active as you possibly can.

During the segment they showed footage of me staring in a documentary called “The Model in the Making” which was filmed in the 1970s in the Belltable, the city of Limerick and my offices which were in the city at the time.

It was actually the first show in Europe when it came to the concept of following the story of a young girl wanting to become a model. You fast forward to now where programmes like America’s Next Top Model and Britain’s Next Top Model etc are huge and have made fortunes for the creators.

The producer was Micheal Murphy who was the news reader on RTÉ for years. I bump into him now and again and we talk about his time in Limerick producing and the big missed opportunity had RTÉ taken this on at the time. As the joke goes “this time next year we’ll be millionaires”, of course that never happened.