My Week: Cream rises to the top in Catwalk’s new salon 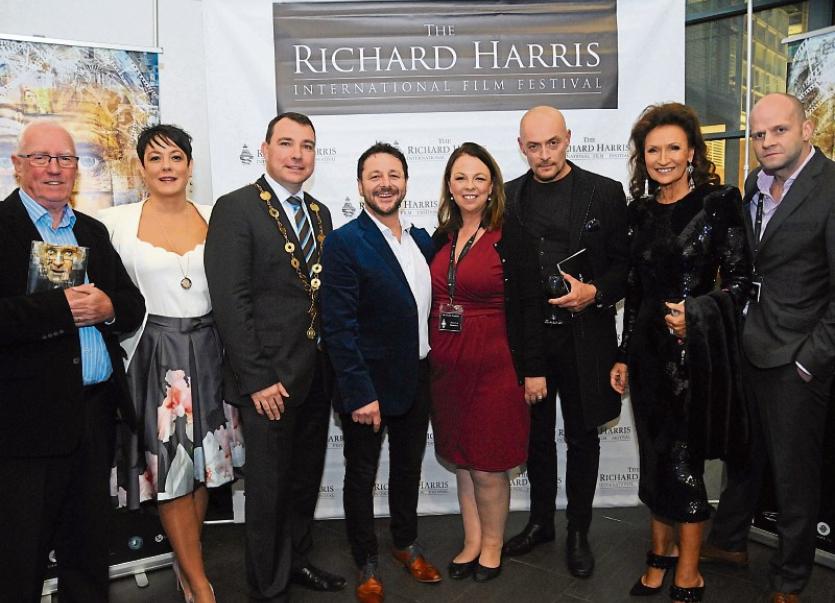 I had a wonderful time at the 6th Richard Harris International Film Festival in LIT Millennium Theatre. Here I'm pictured with Hayman Harris, RHIFF, Eileen Collins, James Collins, Mayor of the City an

AT the weekend I attended the launch of the new premises of Catwalk Hair Consultancy in Catherine Street Limerick. It was jam-packed with some of the most glamorous guests I have seen in a long time. Looking fabulous on the night were Louise Cooney, Chloe Walsh, Niamh Webb O’Rourke and proprietor Neisha Ahern who wowed in a beautiful winter white cocktail dress.

Catwalk Hair Consultancy do hair, makeup and everything you need when it comes to beautifying yourself. They have the limited edition Gold Collection which is exclusive to them and is fantastic for your hair.

I’m always so delighted to see the opening of a beautiful new premises in the heart of the city.

Congratulations to Neisha and her crew.

THE sixth annual Richard Harris International Film Festival was a huge success. Spanning five days in different venues throughout the city it had feature films, live script reading, Culture at the Castle and over 120 short film screenings.

Of the fabulous movies that were screened I have to say my favourite was the documentary on the life of Limerick and Hollywood actress Constance Smith who had it all.

She was hailed as the next Grace Kelly and could have been one of the brightest stars in the world, but she refused to be pigeonholed and fought for better roles and better movies.

She also refused to change her name.

I would love to have met her. She was a proud and strong Limerick woman but in the 50s in Hollywood you were told what to do or suffer the consequences if you didn't. She didn’t and paid a heavy price when she was cut out by Hollywood.

It was a brilliant documentary produced and directed by Brian Reddin of Dearg Films.