Big Tom and the end of an era 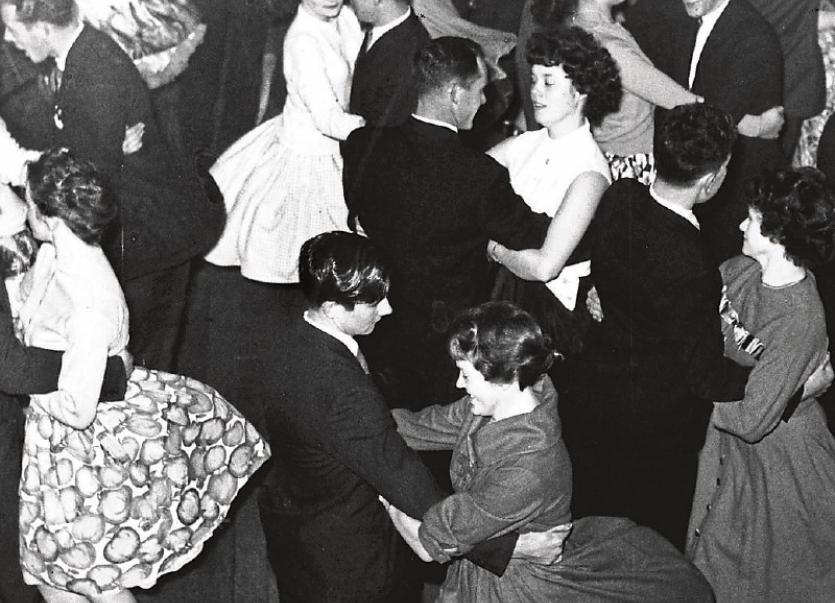 BETTER late than never has always my motto. So if I appear to be trailing along this week on the coat-tails of the ‘Big Tom’ fan club that honoured the late show-band legend so magnificently last week, so what?

I, too, was a Big Tom fan in my youth and even if there’s nothing more that needs to be said, I’ll feel left out if I don’t get my ‘spake’ in. I think it has something to do with connectivity – one of the buzz words of the digital age.

I came of age in the show-band era and sometimes even now, I can still hear, in my ears, the sound of the big band reverberating off the walls of the Oyster Ballroom. Maybe I just need to go to Specsavers for a hearing test!

But even I was taken by surprise last week when the whole nation, from the President and the Taoiseach down- as well as Ryan Tubridy, fair play to him - paid due respects to the popular Country singer who had won the hearts of the country. Actually I felt vindicated, because my own peers who had been reared on a diet of ‘Top of the Pops’ and the Beatles, but who also flocked in their thousands to the now much maligned ‘Ballrooms of Romance’, sniggered once when I said that my favourite singer -after John McCormack, of course – was Big Tom, with Daniel O’Donnell coming a close enough third. The thing is that it wasn’t much of a compliment to any of them. I haven’t a note in my head, and the only place where I ever sing is in the car when I’m driving alone. I don’t even trust the bathroom in case someone thinks I’m drowning. But whether it was the resounding rhythm or the volume of the music or the atmosphere that Big Tom and the rest of them created, my tone deafness was never a problem on the dance floor. My feet were, but that’s another story.

The first time I heard Big Tom and his band ‘the Mainliners’ wasn’t in a dance hall at all. It was in a monster marquee erected in Dromineer on the banks of Lough Derg. We had all been in a state of heightened excitement for at least two weeks since the notice appeared in the local paper and on poles all over the place, announcing that ‘Big Tom’ was playing on opening night of the carnival, which, if I remember rightly, had been organised to raise funds for the local GAA club. Even JFK himself hadn’t aroused such intense anticipation over a decade earlier.

My mother wasn’t too enamoured with the idea of me going to the carnival. Such places, she regarded as dens of iniquity where I might well be led astray. Dromineer was a bit different because there were lots of ‘big farmers’ living around there and who knows, one of them might take me off her hands. In any case, she had heard Big Tom singing ‘Gentle Mother’ on a sponsored radio programme and her heart had melted. I don’t know whether the tears were for her own long departed mother or for herself, but the thing is Big Tom had touched her and I knew that she wouldn’t be awake all night waiting for me to come home and asking all kinds of questions in the morning.

I can’t remember much about the dance itself, except that it was a windy night and Big Tom had to turn up the volume. The place was packed and a whole line of girls sitting on a form waiting for an invitation to dance, were nearly sent sprawling through the canvas when the stampede began. At one stage I thought we were all - knights in shining armour with long sideburns and girls with beehive hair-dos – going to end up floundering in the lake together. But the band played on and Big Tom simply reduced us to a mass of hopeless romantics.

Before the night was out, one gallant in the opposing army beckoned me with his index finger to join him on the floor. I’d have had to climb over three lines of dancers to get to him and I thought it wasn’t worth the bother. If he wanted me, he could come and get me. Then I heard him asking someone in the front row to dance and she told him she was ‘promised’. Someone else wouldn’t oblige because she was ‘sweatin’ and yet another who had her eye on someone else all night, more or less told him to get lost. I felt sorry for him then, but it was too late. Big Tom was already striking up the strains of the National Anthem as we all stood to attention. I met him again years later when he was happily married to a far out relation and he told that he had always mistaken me for a snob. My mother would have been proud of me, or would she?

They were great times, but then maybe everyone’s youth is great. What we all mourned last week, a surprised national media assured us, was the end of an era, the last link to a simpler time, as if some of them were apologising for their sentimentality and the supposed one time simplicity of the nation.

But what I was mourning was the lost ‘connectivity’, when we were all more or less on the same wavelength and full of a joie de vivre that only a legendary country singer could arouse. When I heard ‘Gentle Mother’ again, I thought of my own mother and her reservations about my lifestyle. I shed a tear too – but I think it was for myself.