Back to school for fashion fundraiser 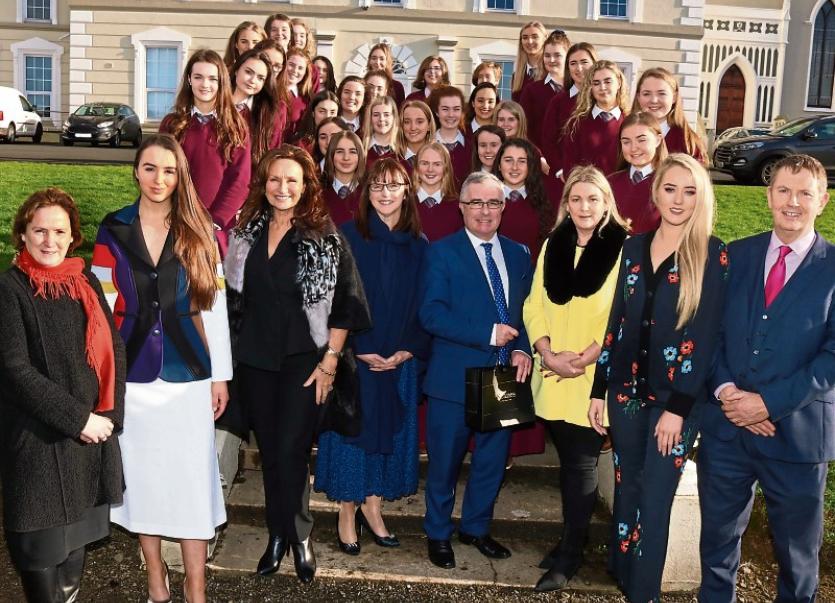 ONCE I feel spring is in the air, I know it can’t be too long to the Laurel Hill annual gala fashion show!

The show is a joint event run by the parents council of Laurel Hill Secondary School and Laurel Hill Colaiste.

This year it takes place in the Strand hotel on March 7 at 7.30pm.

The Holman Lee models will showcase fashions from the leading fashion houses in Limerick. Also this year will see 30 students from fifth year join the models from the Holman Lee Agency on the runway, wearing clothes and shoes from Brown Thomas and eveningwear from Pamela Scott.

Brown Thomas will create the makeup with Niall Colgan and also makeup by Catherine Hickey. Sunglasses are by Hartmann Jewellers. The door prize is generously being sponsored by Keanes Jewellers, O’Connell Street, Limerick.

The annual Laurel Hill fashion show has been running for over 40 years and is one not to be missed.

ON another note, I headed to Dublin for the inaugural Xpose Benefit Awards which was, without doubt, one of the best award ceremonies that I have attended.

It was held in the magnificent ballroom in the Mansion House and it has been a long time since I have seen so many celebrities together in the one room. As I sat at our table in the company of James Patrice, Anna Daly, and Muireann O’Connell, when I looked around the room there were so many famous faces including Caitlyn Jenner, Denise Van Outen, Paul Costelloe, Don O’Neill and Pippa O’Connor.

It was just one of those nights - fabulous!