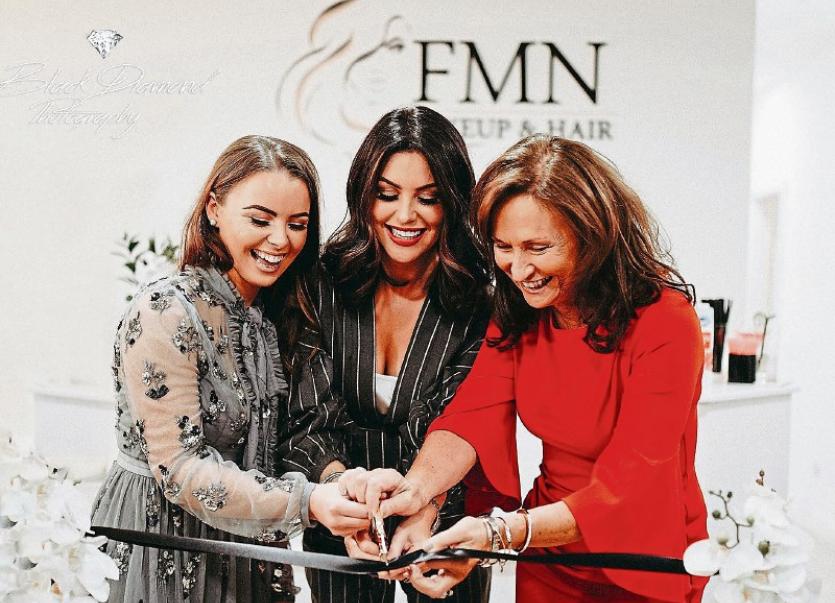 I ALWAYS love to see young people following their dream and, as such, I was delighted to meet young make-up artist Fiona McNamara who officially opened her new beauty emporium in Mungret.

Fiona is well established within the beauty industry in Ireland having won several awards for her work, such as bridal make-up artist of the year.

Fiona can credit herself with being a make-up artist to well-known Irish personalities including Suzanne Jackson aka So Sue Me. She was one of the team of make-up artists at the recent wedding of Suzanne which was deemed to be the wedding of the year.

It was great to chat to Fiona at the opening of the business along with Suzanne who is considered to be one of the top influencers in Ireland. We had a great catch up having worked together on a recent shoot for RSVP magazine. She was delighted to be in Limerick and is a great admirer of the work that Fiona is doing in the industry. Fiona has recently worked on Ireland AM, RTE Today Show, Xpose and all the top magazines.

Personally, I was delighted to attend the official opening. On the night everyone looked amazing and glamorous, especially Fiona and her family.

I wish Fiona the very best of luck in the future.

An amazing journey
with Oxendales

It was through a chance meeting 10 years ago that our relationship began and it has continued to flourish into the great friendship I have with Oxendales today.

I never thought that in 10 years I would end up being their brand ambassador which has taken me on such a fabulous journey meeting such amazing people along the way. Oxendales is one of the longest operating catalogue companies in Ireland and are now one of the biggest fashion online businesses in the country. The exposure I have gotten from Oxendales has been phenomenal, from working with RTE Today Show with Daithi and Maura to TV3, to numerous fashion shoots like my most recent one in the prestigious K Club, see below. That was definitely one of my favourites and there has been many, including the Downton Abbey ads which were shot in the magnificent Adare Manor. Fingers crossed that may happen again.