Raising the fashion stakes in Galway 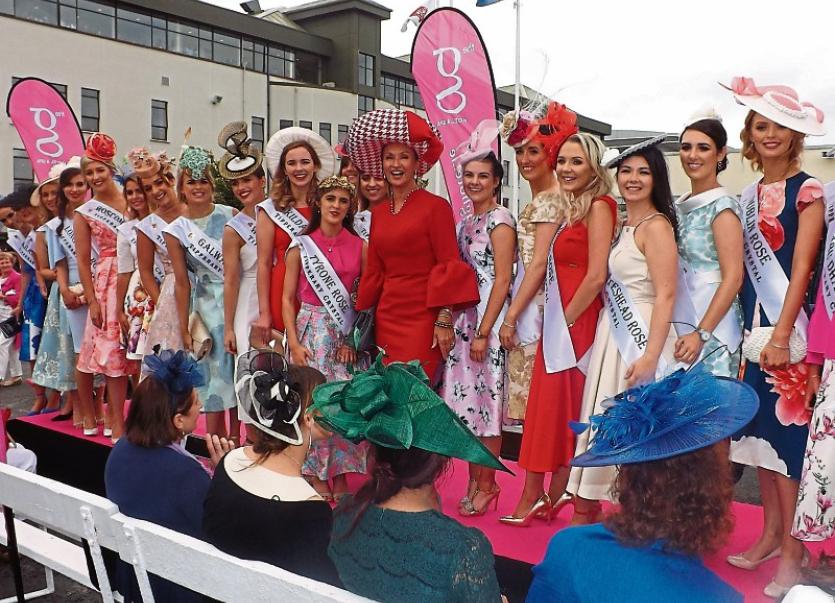 Hats galore! I has a wonderful time with all the lovely Roses at Ballybrit!

WHAT an incredible day we had at the Galway Races Ladies Day! You really haven't seen anything until you've witnessed ladies day at Ballybrit!

The fashion stakes reached sky high levels as hundreds of heels, hats, dresses and skirts were out in force. Glenda Gilson from TV3 Xpose was really looking chic in a black tuxedo suit and a black hat by Carol Kennelly. Looking equally as fab was was actress Aoibhin Garrihy in a flaming red trouser suit. I also spotted the very glamorous Rosanna Davison wearing a Gani dress with a Suzie Mahony hat.

I noticed that it wasn't just the women who got dolled up either, as dozens of men tried to pull off the Conor McGregor look. They should really have a best dressed man category as the men's style wasn't far behind the ladies.

I know that it was extremely difficult for the judges to pick a winner but at the end of the day there can only be one and that winner was Aoife McCanna from Spiddal in Co Galway, who outshone the competition with her outfit and claimed the top prize which was worth more than €10,000.

Her dress was from Ghost and her hat, which she designed herself, looked spectacular. I also met up with a bunch of Roses who were gearing up for a festival of a different kind in Kerry later this month. The 20 Rose contestants were all in great form and are really looking forward to the festival as are we all at the Holman Lee Agency. The Galway Races is always a great place to catch up with friends and quaff a few tipples in the champagne bar!

I HAVE some exciting news from the Holman Lee household! Ger and I welcomed grandchild number five last week with the birth of Alexander.

My daughter-in-law Asta and my son Ivan are thrilled with the new bundle of joy - a little brother to Tommy Lee and Erika. And their two first cousins, Henry and Ryan Coveney, sons of my daughter Cecile and husband Richard, are just as pleased!