Fab ladies to fly the flag for Limerick 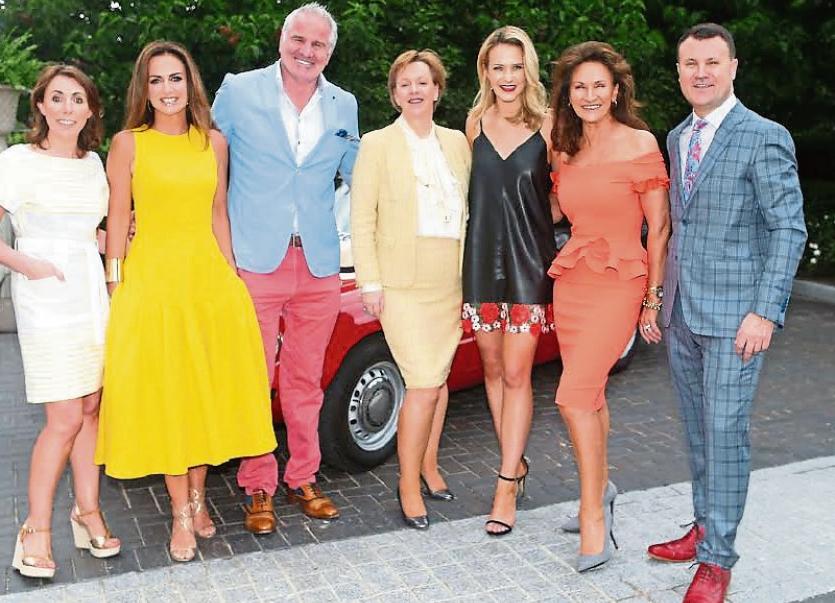 Limerick was well represented at the event in the InterContental Hotel by yours truly and Maria O’Gorman Skelly from Limerick Strand Hotel pictured, centre, looking fabulous in her Chanel-inspired sui

TWO fabulous ladies have been selected to fly the flag for Limerick in the Miss Ireland competition.

The Miss Limerick beauty pageant was held last Thursday in the fabulous Clayton Hotel on the River Shannon. It was one of the best venues for the event in recent years and both the contestants and the audience really enjoyed it.

The title was won by the beautiful Racha Mennad, a UL student originally from Tullamore and the first runner-up was trainee teacher in Mary Immaculate College, the fabulous Chloe Walsh from Ballyneety.

There were so many people and businesses who helped make this night a success including Swamp in the Crescent Shopping Centre, and Abella Viva Tan. I will have all the details in next week’s column.

I RECENTLY attended an event at the 5-star InterContinental Hotel in Dublin for a La Dolce Vita-themed midsummer garden party. Over 300 invited guests gathered in their summer best where we all enjoyed a feast of Italian fare, in keeping with the cuisine theme of fresh pasta and sumptuous BBQ in the garden. I always think a good band makes an event extra special and we were entertained by swing band Irish Rat Pack.

I thoroughly enjoyed their big band jazz numbers. There was wall to wall Irish celebrities from the media and TV including actress Aoibhin Garrihy and her sister Ailbhe, rugby pundit Brent Pope and beauty expert Triona McCarthy to name but a few.

Limerick was well represented by Maria O’Gorman Skelly from Limerick Strand Hotel who was looking fabulous in her Chanel-inspired suit by MaxMara. Nicky Logue, general manager InterContental Hotel whom I have known for years as he is originally from Ennis was on hand to welcome everyone on the night. It was one of those rare occasions where the sun shone, the food was delicious and the entertainment was second to none!