The big 3-0 for a fantastic show 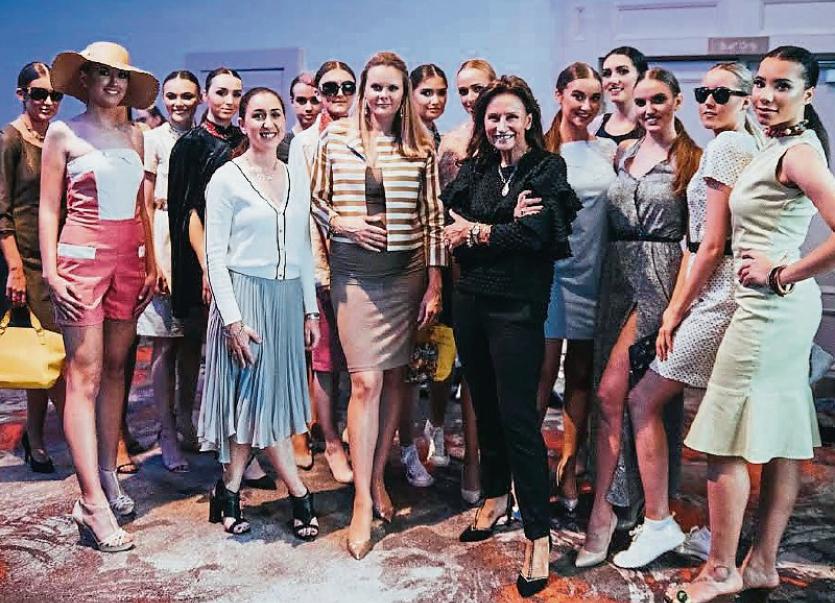 I NEVER thought at this stage in my life that I would be still travelling to the Mallow School of Design and Tailoring for their annual fashion show which is now approaching its 30th year.

Travelling again with the production team of the Holman Lee Agency were Cecile and Asta who produced the show.

It has been a fantastic journey for the Holman Lee agency and Mary Cashman of the MCDT as many of the Holman Lee models started their modelling careers showcasing the award-winning student designs, which were shown on the RTE Late Late Show fashion awards of which I was one of the judges.

The college has been hugely supportive of initiatives by the Holman Lee Agency including one which honoured the late Jim Kemmy and was entitled the Jim Kemmy Young Student Designer Awards which was held as part of the opening celebrations of the South Court Hotel in Limerick many years ago.

I want to send a huge congratulations to MCDT for bringing back major fashion awards from France and Germany by their award winning students .

The late John McNamara was a huge fan of the college and Mary and her team recently participated in the John McNamara Student Designer Awards which was held in the Hunt Museum in Limerick recently.

With over 100 students participating in last Friday’s fashion show, there is no doubt that with so many students coming from all over Munster, including Limerick, the college has proven to be one of the best in the country and I wish MCDT in Mallow a very happy birthday!

On a separate note Caroline Mitchell Knitwear Pop-Up sample sale is on this Friday, June 9 and Saturday, June 10 in Chez Le Fab Arts Cafe in Arthur's Quay Park (where customers can relax with a cake and coffee). Caroline's beautiful samples and one offs will be on sale as well as Olann Hats. Proceeds from refreshments bought on Friday morning will go to Focus Ireland.

Why not pop in for a browse and you never know, you may walk away with a designer bargain!