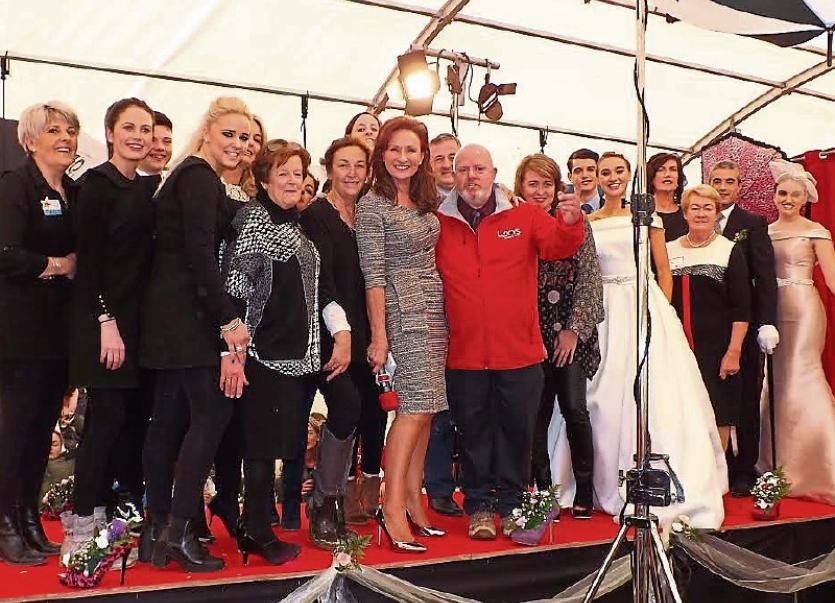 IT’S not every day that you find me in a field in County Offaly! Well I wasn’t on my own - I was one of almost 300,000 people who attended the National Ploughing Championships at the 700-acre site at Screggan outside Tullamore.

As I have said many times before if you haven't been to the Ploughing you really have to go! For us at the Holman Lee agency it wasn't just about shiny tractors, or computers and drones to count the cattle, it was all about the fashion! Myself, the group of models and production team landed on site in Screggan each day at 8am where we were greeted by a sea of people on the iron walkways that criss-crossed the sites. It really was a sight to behold!

The fashion show dome which was in the centre of the site accommodated an estimated crowd of 5,500 people over the three-days of fashion shows - it was a great achievement for all involved!

Fashion stores came from all over the area including Tullamore, Portlaoise, Birr, Athboy and Kildare to showcase. I personally love the ploughing and have hosted the fashion shows every year for as far back as I can remember. I think each year that this is my last year until I see the remarkable 82-year-old Anna May McHugh, director National Ploughing, sitting in the audience of the fashion shows and I think to myself I will definitely be back next year!