Sowing the seeds for a successful Rose Festival 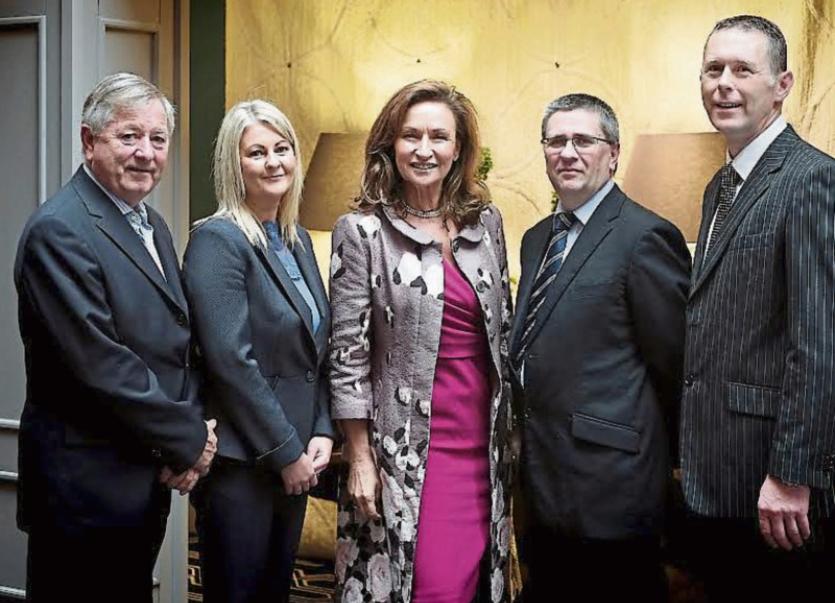 AS so delighted to join the current Rose of Tralee, Elysha Brennan and RTÉ presenter, Dáithí Ó Sé, who unveiled the premium Irish giftware brand, Tipperary Crystal, as the new lead sponsor of The Rose of Tralee International Festival.

The announcement was made at the Tipperary Crystal Showroom at Arnotts Department Store, Dublin last week.

The festival promises to be bigger and better than ever before. The Holman Lee Agency are preparing for the biggest fashion show of the autumn winter season, which will take place on August 21 in the Dome. Watch this space!

WE headed off to the ever popular Racket Hall Country House Hotel in Roscrea. This landmark hotel is just off the main Dublin-Limerick Road. I was delighted to present the bridal style talk with wonderful occasional clothes from the boutique I used to model for back in the day, called Number One Boutique in Mountmellick. The boutique specialises in mother of the bride outfits, plus sized clothing and luxury designers.

As the models moved gracefully through the audience, the admiration of Margaret’s styling was obvious. Occasional wear was followed by a beautiful selection of bridal gowns by Midlands Bridal, but what really captured my attention was her take on bridesmaids dresses, offering an amazing variety. There was an array of stand holders in attendance from cars to cakes to jewellery and everything in between. The future of the Racket Hall Country House Hotel is looking bright with the takeover by the new proprietors. We wish them the best of luck!

DON’T forget the Miss Limerick final will be held on Thursday, June 2 at 7.30pm in Crush 87 Nightclub in association with Holman Lee Agency and Crush 87. It promises to be a great event with over 20 girls competing for the title of Miss Limerick 2016. We would like to welcome Madeline Mulqueen who will join the already glamorous judging panel. Entertainment on the night will be provided by the resident DJs and Shall We Dance world class dancers. Tickets can be got on the door at €10.